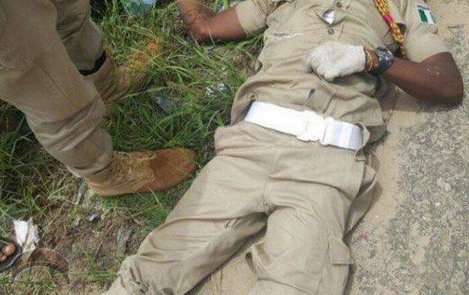 PEOPLES Democratic Party (PDP),Nigeria’s opposition party currently being repressed by the governing party, All Progressives Congress (APC), says what took place in Rivers State, a front-line oil and gas state in Southern Nigeria, on Saturday, has presented President Muhammadu Buhari, another golden opportunity to redeem the image of his administration.

Buhari is widely perceived as running a repressive regime that targets mainly the opposition under the guise of anti-graft war. the former military leader who was toppled by General Ibrahim Babangida, is also being accused of pushing to Islamise Nigeria.

The state wing of the PDP, said on Tuesday in Port Harcourt, the state capital, that the obvious abuse of the armed security forces, by the APC tantamounts to an act of corruption.

Spokesman to the State Chairman of the PDP, Jerry Needam, said so why advancing reasons why they are calling for the prosecution of some key figures in the ”absurd drama” that took place in Rivers during the re-run polls for the National and State Assembly.

The party equally wants the arrest and prosecution of one Barry Mpigi for allegedly hijacking electoral materials in Tai Local Government Area to his home town, Koroma, in Ogoni, with the aid of the military, and the former Commissioner for Youth in the state, Felix Nwaeke, who allegedly connived with an Army Captain, also absconded with all electoral materials for Ward 2, Obeakpu, in Oyigbo Local Government Area, as well as Mrs. Ibim Semenitari, the Acting MD of the Niger Delta Development Commission (NDDC) who allegedly engaged in ballot paper hijack and falsification of polls results.

The opposition seriously frowned at the involvement of the military in the elections which heightened tension in the state and emboldened the APC chieftains to carry out alleged nefarious conducts during the exercise, including disrespecting state authorities, court orders and rule of law.

The party said they are aggrieved by the continued killing of the electorate, innocent and law-abiding citizens of their state by chieftains of the governing party, APC, and security authorities in the name of politics and election.

”As a political party, we will continue to play by the rule, respecting all electoral principles and laws and to ensure strict adherence to the principles of free, fair and peaceful elections in the state”, PDP said.