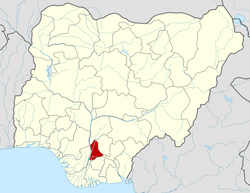 The police in Anambra are said to have made a horrific discovery of a cannibal restaurant right within the state.

Operatives of the police force are said to have invaded the restaurant, which had roasted human head on the menu, and arrested 11 people for their participation in the business.

The officers were informed of the activities of the restaurant by a pastor who had unwittingly partaken of the gory meal.

The bloodied and disembodied heads were found wrapped in cellophane sheets – and police said roasted human head was even on the MENU.

A pastor, who was surprised to learn he had been served human flesh, complained to the police.

“I ate at the restaurant and the bill was very high,” he told Your Jewish News.

“The workers told me that I ate human flesh.