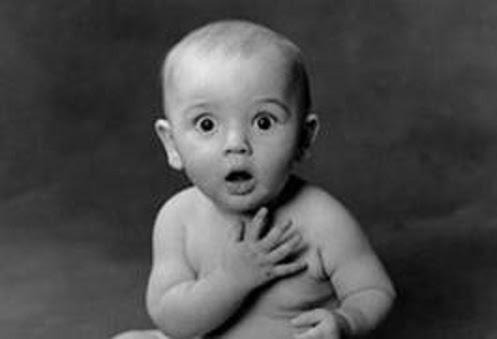 One of the most difficult decisions partners could make is when to admit that physical sex is not a possibility. Waiting until the wedding day would be a disaster because expectation would be shattered and destroyed leading to a blow out. Study comparing 1930s to 2008, showed that fewer partners expect the other to be virgins. It is one thing to abstain until the wedding, but quite another to find out your partner is not a virgin she/he claimed. Even that can be resolved.

There was a nearby compound where some families lived. This man we called uncle hardly had time for ladies because he was always working hard at everything, even after work. He was our soccer coach, swimming couch and the one we could go to for counsel. Needless to say, family pressured him into the voluptuous bosom of a lady. After the wedding, there was no sign of problem. The lady would change clothes daily waiting for the new husband to come home.

Uncle had less time for us after our school or his work because he had to spend more time with his new wife, and we understood that. Before we knew what was going on; elders were aware and may be a few of his cohort suspected. One day, after about a month the wife packed and decided to leave. There were negotiations about what could be done and how much could be settled out of public knowledge. What a few knew or a few suspected all along became a reality.

Our uncle could not stand at attention and salute his wife firmly. What was more surprising was that the wife agreed to stay on, if not permanently, until some solutions could be found. Since we were kids then, the actual picture of what was going on was not clear until years later. We realized then that the wife wanted to leave but it could have been for a variety of reasons. We knew about men that maltreated their wives after the wedding day. This was not the case.

There are women and there are different types of women. It is difficult today to imagine how many women or young girls today would stay a day longer in such marriages. We almost forgot that the couple had a “misunderstanding” at some point and the wife wanted to leave. There were hardly any quarrels, silent indifference or abuses. They became very cordial and later developed a loving relationship. It was romance all the way but without sex. Chei!

How could a man some people know could not score a goal keep a lady as a wife at home? Our uncle was very kind to his wife. She started selling at the old store of Mama Elegba. The stall was going to be closed anyway after it had kept old Mama Elegba going. Most of the children were happy that uncle decided to furnish the store with provision instead of Egba. The story of Egba is for another day. Egba are canes of different shapes used to whip unruly kids into senses.

There must be something going on with uncle and his wife because a man that was not “stand at attention” could not make his wife happy. She was not only good with kids; every member of the families in the compound liked her. It is even more surprising that the ladies around her age also got along with her. Of course there are those wondering if this young lady had decided on celibacy or someone in or outside the compound was satisfying her sexual needs.

We came back from boarding school holiday a couple of years later to find out that our uncle’s wife delivered a bouncing baby girl. We missed the ceremony while in school but they gave us a belated party for Kemi the pretty little baby. Everyone, except cynics, agreed she looked, not like her mum, but exactly like her daddy. Some of us as kids still had a faint memory of the little problem after uncle just got married. It was all forgotten as it turned into romance all the way.

Many things could have happened since then. A medical condition could have been cured or it must have been the wife that had a problem after all. Indeed, no nice woman in her right sense would dare declare the husband impotent. From what we knew all men are super and could get many women pregnant at the same time. Finally it could be, the lady got a miracle from God!

There is a nutty cousin of ours that found herself in the same situation. In this case, it was the husband that had a low sperm count. The husband and his family blamed her, of course. When they separated, the husband got a girlfriend pregnant. He was so proud, he even threw some words into his wife’s face, as African would say. Our cousin kept quiet for a while and never said a word but never doubted herself. This is a pretty, confident lady with a great deal of swagger.

One day he misfired, our cousin boldly told him that he should check in with a doctor because the child was definitely not his. Whoa, no nice lady would say that about a man. Unfortunately, she was right. The husband did not have enough sperm count to fertilize any egg. The reason women carry such heavy burden has to do with privilege of men in the community. Ladies that massaged men’s ego would simply find either a lover or donor for the rainbow or penalty kicks.

This was not clear to us as little children growing up. As we got older, we understood what was going on with our uncle and his wife. When she found out that she married a man that could not get a hard-on, she wanted to bolt out of the marriage. All the negotiations by the elders were to find a way to keep her happy and pregnant. Uncle was romantic and too good to her to make up for his inefficiency in the only department he lacked: sex.

The elders and uncle begged the woman to stay. We later found out that uncle was ready to kill himself if his secret got out because life and his chi were unkind to him. He cried and begged her to stay and make him a real man in life. If she had left, no woman would ever come close to him again since everyone would find out why she left.

Uncle’s brother was the regular sperm donor with the miraculous bicycle kicks.