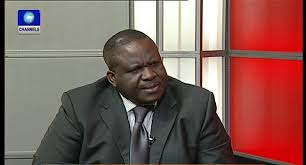 Stalwart of the ruling All Progressives Congress (APC), Col. Hassan Stanislous-Labo has called for a military invasion of the Niger Delta communities where pipelines were vandalised a few weeks ago.

Colonel Hassan, as he is popularly referred to, made this call on Channels Television, Monday, January 25, 2016 where he said that the Nigerian Army should invade the communities in Delta State and massacre the people of the communities as the military did to the community of Odi during the President Olusegun Obasanjo regime. According to him, “the communities that refuse to produce the militants should be levelled”.

“…if the community leaders don’t fish out those boys. Sincerely, If I have my way, the Obasanjo leveling of Odi will take place in some of these Niger Delta communities… (You are not advocating we level those communities are you?) here we go again. Until Nigeria is visited by several Boko Harams, we shall not know what to do. There is already a threat in Zaria…”

The military invaded the community of Odi in Bayelsa State in 2006 and murdered at least 2,500 civilians. Every building in the village was burnt down by the rampaging troops except an Anglican Church and the community health centre.

In 2013, a Federal High Court ordered the Federal Government of Nigeria to pay N37 billion damages to the residents of Odi for the act of genocide perpetrated by the Nigerian Army.

In the disturbing segment, the retired military colonel dismissed the Channels TV anchor who reminded him that a genocide was an abuse of human rights.

He is president and chief executive of Hakes Group.