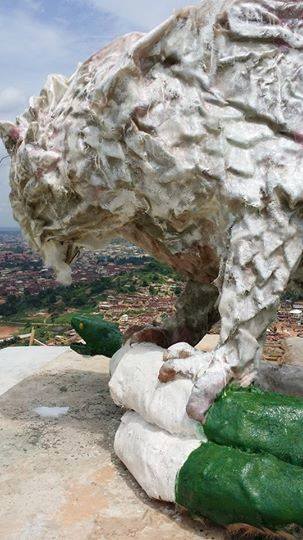 ENUGU- MASSOB and Radio Biafra are set on a path of war as Radio Biafra accuses MASSOB [Movement for the Actualization of the Sovereign State of  Biafra] led by Uwazuruike of having come with police to attack a multi-million naira cenotaph in commemoration of the fallen Biafra soldiers which was revealed for on Biafra memorial day, May 30th this year. The monument still being completed was said to have been attacked at about 3.30pm Saturday by members of MASSOB along with State police who violated the eagle at the center.

The monument has a cenotaph at its center which consists of a massive eagle to represent Biafra perched on a captured snake in its claws, painted green -white-green to represent a defeated Nigeria.