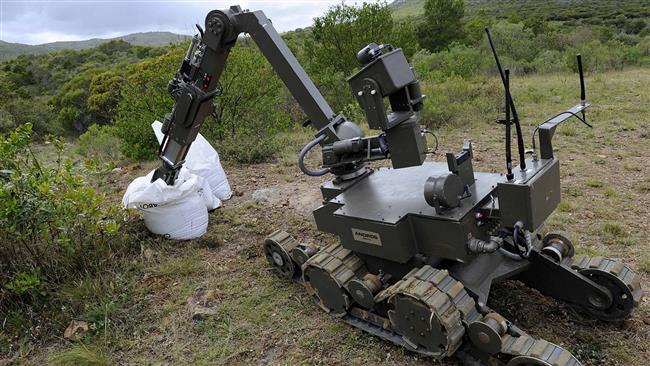 Russia is to send bomb disposal robots and experts to Syria to help with the defusing of explosive devices left by Daesh in the recently recaptured city of Palmyra.

Upon a request by the Syrian government, the International Mine Action Center of the Russian Armed Forces will send its engineers and equipment to neutralize the large amount of bombs and explosive traps left by the Takfiri terrorists, said head of the Russian General Staff General Valery Gerasimov on Monday.

Gerasimov added that, based on a decision by Russia President Vladimir Putin, Moscow will also help with the clearing of mines and other explosive ordnance in areas around the city.

“Yesterday, thanks to the support of the Russian Air Force and our special operations, Palmyra, a key cultural center, was freed from terrorists. The liberation of this city has a strategic importance in the fight against terrorism in Syria,” Gerasimov stated.

Lieutenant General Sergei Kuralenko, the head of Russian coordination center in Syria, said that the Russian bomb experts are expected to arrive at the Khmeimim airbase in Syria’s northwestern Latakia province over the next days.

Kuralenko noted that Russian jets had refrained from targeting the terrorists in areas with ancient and historical monuments and architecture during the ancient city’s liberation.

“To avoid damaging the historic monuments of Palmyra and civilian facilities, air operations have been adjusted and coordinated by special operations forces,” he said.

On Sunday, after four weeks of military operations against Daesh, Syrian government forces, backed by popular defense groups and Russian air cover, wrested back control of Palmyra in the western province of Homs.