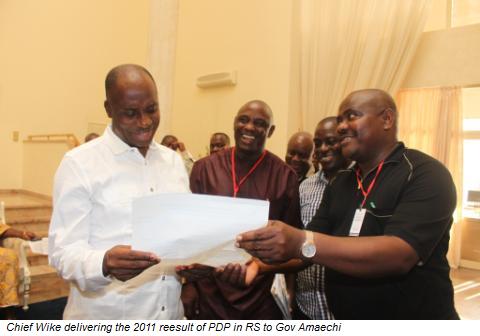 The president of Nigeria keeps pushing different games and lies to manipulate the reality of the victory of Amaechi- who has been rivaling him in authority.

The lies and filth in Nigerian politics and democracy have become frankly annoying and if such lies and mischief can be so loud in an election of only 35, one can only imagine what elections of the multitude citizens are like and the lies and malpractice that goes on.

Chief SaharaTv columnist, Okey Ndibe recently came to a conclusion NewsRescue has long reached that Democracy simply does not work in Africa.

It is time for an African solution.