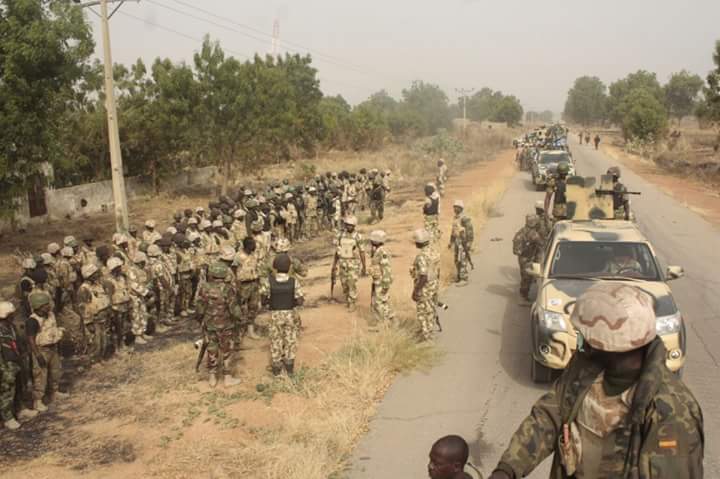 Pan Yoruba Youth organization, the National Committee of Yoruba Youths, have lauded the landmark victory of the troops of Nigerian Army in the battle against the Boko Haram insurgents in the North eastern part of the country.
Reacting, to the Nigerian Army’s capture of the once dreaded Sambisa forest, believed to be the operational headquarters of the Boko Haram terrorists in the country, President of the Yoruba youth, Comrade Odeyemi Oladimeji accompanied by other officials of the group, in a media chat with Newsmen in Lagos described the capture of Sambisa forest, as a milestone in the war against terrorism in Nigeria, which also justifies the earlier claims by the leadership of the Nigerian Army, that the military have since gained the upper hand against the Boko Haram.
“We salute the men and officers of the Nigerian Army for their untiring and gallant commitment at making the Boko Haram insurgents, feel the tremendous heat of our military power, which has been unleashed on them; therefore, abandoning the once dreaded Sambisa forest  to the gallant troops of the Nigerian army”
The group also lauded the Chief of Army Staff, Lieutenant General Tukur Buratai for providing leadership for the Army from the front, noting that his personal examples always motivate the troops. It saluted the dedication of the Army Chief to duty, particularly in carrying out the Mandate of President Muhammadu Buhari, in the determination of his administration to see an end, to the Boko Haram insurgency.
The youths therefore called on the Army, to continue with their gallantry and patriotism, stressing the need to step up intelligence gathering to stop future attacks by the insurgents, particularly the use of their lone wolf suicide bombers.