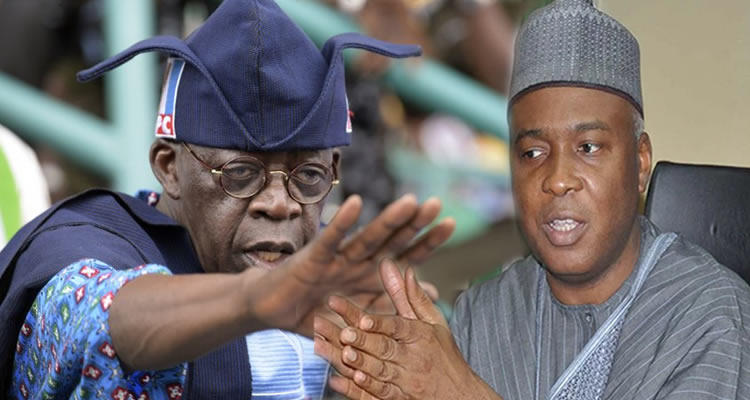 The adage that says “he who pays the piper dictates the tune” is actually playing out in the latest series of media attacks against the Senate President, Dr. Abubakar Bukola Saraki.

Anyone who has kept track of Sahara Reporters’ reports on Saraki in the past will agree with me that when Saraki was the governor of Kwara State and after he left, Sahara Reporters never saw anything wrong with his leadership. In fact, most of the stories from Sahara Reporters were extremely balanced as they even cautioned other media organizations who publish stories without adequate investigations. Its stories were well balanced and objective as it encouraged the journalistic principle of truth and fairness. But today, Sahara Reporters has been bereft of such alluring principles it once stood for and now working for its paymasters who are dictating the tunes of its stories against perceived political rivals and enemies.

Most Nigerians now doubts stories published on Sahara Reporters’ site www.saharareporters.com as they try to confirm such stories from more reliable sources before they consider them as reliable. Sahara has now delved into reporting stories in controversial ways, blackmails and playing by those who pay the publisher Omoyele Sowore to dictate the tune of the stories that are published against Saraki and others.

The story Sahara published in 2014 that Saraki did not sign the report is on:

Just like I wrote in one of my articles titled: “Saraki: A victim of Circumstances”, Saraki’s emergence as the Senate President against the wish of some APC elites is the backbone of the recent series of sponsored media attacks on Saraki. Since Ahmed Bola Tinubu is an ardent anti-Saraki, many believe he could be one of those behind these media attacks against Saraki who emerged the Senate President against his preferred candidate Senator Ahmed lawan.

Sahara Reporters has also published so many controversial stories against President Muhammadu Buhari and many still believe that Tinubu could be behind all of these stories both against Saraki and Buhari.

Here are some Sahara Reporters’ controversial stories against Buhari:

Sahara has reported on several occasions that Buhari cannot rule Nigeria again under his present health condition and made Nigerians to believe that Buhari could not even talk as his speech impairment was extremely critical.

Anyone who will visit and read stories on www.saharareporters.com about Buhari will see that those against Buhari are sponsoring Sahara Reporters to publish stories that would make Nigerians believe that Buhari cannot rule Nigeria again and lead protest calling for his impeachment or resignation.

Another fake news by Sahara Reporters is obvious in its story against Senator Dino Melaye that he never graduated from Ahmadu Bello University (ABU), Zaria and that the certificate he has in the name of ABU was forged.

One of its stories against Dino can be found on:

Ikenga Chronicles, an online media platform also confirms Sahara Reporters engages in blackmails and fake news in one of its articles written by Lekan Fatodu titled: “Sahara Reporters: Blackmail and Fake News”. This article can be found on: www.ikengachronicles.com/sahara-reporters-blackmail-and-fake-news/

All these have are evidences that Sahara Reporters is being sponsored by paymasters to attack not just Saraki but anyone standing on their way. This is extremely unprofessional as the ethics of Journalism uphold the principles of objectivity, truth, fairness and balanced reportage among others.

Sahara Reporters should therefore desist from this recent show of unprofessionalism and media attacks against Saraki and others who are perceived enemies of their paymasters because more and more Nigerians are everyday becoming conscious of the blackmails and fake news of Sahara Reporters which is gradually draining the faith and trust they once had in it.