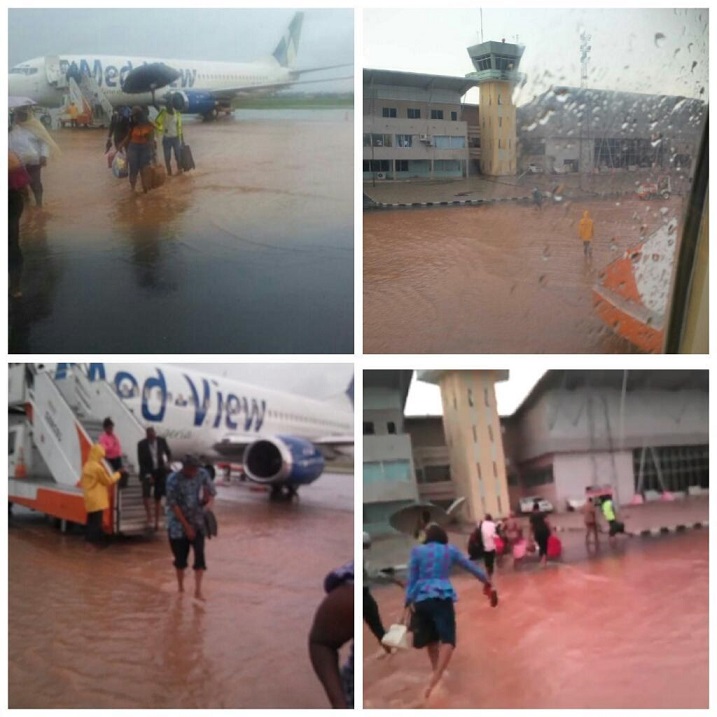 The first day I heard the word transformation from Mr. President on Thursday, February 17, 2011 when inaugurating the committee under chairmanship of Dr Shamsuddeen Usman (Minister of National Planning), I start seeing Nigeria reaching USA, China, Japan and India in terms of technology and side by side with Brazil, Thailand, Israel and Philippines in terms of agricultural production. This is because of how transformation agenda is well designed and presented giving room for dramatic development and how serious Mr. President looks about it.

The transformation agenda is based on a summary of how the federal government hopes to deliver projects, programmes and key priority policies, from 2011 to 2015 coordinated by National Planning Commission (NPC). It covers issues such as macroeconomic framework and economic direction, governance, sector priority policies, programmes and projects of the following key thematic areas. (i) Real sector, (ii) Infrastructure, (iii) Human Capital, (iv) Enablers (which include private investment, finance mobilization, external economic relations and diplomacy, etc.) and (v) Monitoring and Evaluation.

Macroeconomic framework and economic direction was given top priority, to be achieved through key macroeconomic policy choices, public expenditure management and job creation. During the programme period, government will ensure harmony between fiscal and monetary policy leading to favorable Gross Domestic Product (GDP), balance of payment, unemployment rates, and price indexes. Even though there was tactical maneuver that took place early this year; GDP rebasing, it was done accordingly, but it is more of illusion than reality, because to date we are yet to witness the impact, as the foreign direct investment is not improving since there is no atmosphere to back the rebase. Another policy which suffered set back is review of budget process and existing revenue formula, which is to concentrate on setting allocation priorities, achieving a more balanced fiscal federalism, institutionalizing the culture of development planning at all levels of government and ensuring that the annual capital budget allocations take a cue from the medium and long term development plans.

Unemployment is one of the critical challenges facing Nigeria’s economic development. The situation is deplorable considering the human and natural resources at disposal capable of providing employment to teeming youth. However, to create more jobs, which is part of the transformation Agenda policies under macroeconomic framework and economic direction, the president Jonathon-led government recognizes the establishment of intervention mechanisms such as; SURE-P and YOUWIN, aimed at ensuring job creation opportunities and to reduce total dependence on the government, but they performed far below expectation. The reason is lack of accompanied conducive atmosphere to install such mechanisms, which are inadequate infrastructure and insecurity.

Another component of the transformation agenda is governance, the policies and programmes directed at addressing governance challenges will focus on the public service; security, law and order; the legislature; anti-corruption measures and institutions; the judiciary; economic coordination; and support for private investment. It is apparent that security, law and order in public service is not witnessing any transformation, rather a change from bad to worse as complaints from citizens are hiking to the level that they sees nothing done by the government to address the issue. Likewise anti-corruption measures and institutions, reports from variety of sources indicate that there is no time in the history of Nigeria that corruption has been endemic as it is now. This means the policies put in place have little or no impact in curtailing the corruption. The performance of the Judiciary and legislature has also been relatively less than optimal; Nigeria ranks among countries with the least efficient systems of enforcing contracts and settlement of commercial disputes. Slow police investigations and weak enforcement of judicial decisions contribute to delays in justice delivery are part of hindrances in Judiciary.

Human Capital Development is strategic to the socio-economic development of a nation and includes education, health, labour and employment and women affairs. Investing in human capital development is therefore critical as it is targeted at ensuring that the nation’s human resource endowment is knowledgeable, skilled, productive and healthy to enable the optimal exploitation and utilization of other resources to engender growth and development. Accordingly, during the programme period priority Policies and projects for the development of education, labour and productivity and health sector will be pursued. However, till date what we are witnessing in Nigeria is nothing but mere change; increase in number of institutions but without commensurate impact, the structure of employment remained basically the same even though there were so many policies (the like of National Action Plan on Employment Creation (NAPEC) targeted at creating 5 million new jobs annually within the period of 3 years, establishment of more Skills Acquisition Centers and implementation of Local Content Policy in all the Sectors especially in the Oil and Gas Industry) put in place in order to boost Job creation in the country.

Seven sub-sectors in the real sector are given priority as the main drivers of growth during the transformation period (2011-2015), these comprise agriculture, water resources, solid minerals, manufacturing, oil and gas, trade and commerce as well as culture and tourism. Despite the huge amount of money invested in the aforementioned sub-subsectors, it is apparent that much has not been achieved to be recorded as transformation. For example, President Jonathan led Government distributed fertilizer more than any other government with much initiative and programmes meant to boost agriculture, yet the food security is still threat to the economy. Manufacturing, trade and commerce sub-sectors are also not developing as planned, the atmosphere is not deep conducive, infrastructure is lacking, power is drawing back and even the policies are not that attractive to the investors. If I could remember early this year economic maneuver known as “GDP rebase” was done to attract foreign investors, but instead we end up paying the price through high interest rate, currency devaluation, as well as drastic short fall in the supply of refined oil to meet local demand.

A thorough look at the transformation agenda would unequivocally suggest the fact that this government has adopted a highest level of sarcasm. It is unambiguously obvious that none of the several target points agenda nearly hit, yet the government has kept on telling us what it has not done and expecting us to agree with applause; perpetual cooking of figures about GDP without any positive impact is the funniest thing ever, economy should not just be heard about but felt as well. While more than half of the populace are living below the poverty line, security ill-fate becomes a national chewing gum, unemployment level increases, education sector experience frequent strikes, doctors are always complaining of not being sufficiently supported, power sector remains unreliable, the country becomes fragmented across religious, regional and tribal line and food stuff prices hike, the government remain vigorously busy faking stories to convince us that it is committed to transformation.

Yes! We can call it Transformation but a ‘sarcastic’ one.