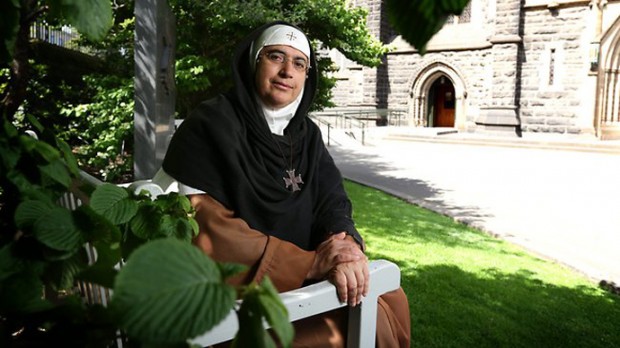 A US congressional panel posted videos of Syrian victims of a chemical or poison gas attack. The videos – which the panel said were posted on YouTube by pro-Syrian opposition users – depict scenes of sheer horror, including convulsing children, as well as men sprawled on the floor apparently vomiting and foaming at the mouth. The VoR spoke with Mother Agnes-Mariam, a Mother Superior at a Syrian convent in the city of Kara, who says videos were fabricated.

Mother Superior, you have repeatedly claimed that the Syrian regime was not involved in the gas attacks against the Syrian people. What are your arguments?

There are facts confirming the innocence of Bashar al-Assad. First, one can’t say that large scale disturbances and protest rallies, allegedly organized by the local population, took place in Syria. The expected funerals of the dead did not take place there either. Second, the analysis of the video footage posted on the social networks, including YouTube, show clearly that what the Internet users can see is faked. Looking at his information, one is convinced that the correlation between the age of all those who fell victim to the alleged chemical attack is sharply in contrast with the demographic composition of the population – meaning the people who were present at the places of the alleged chemical attacks. Third, the alleged zones of the attacks have been the zones of fierce fighting for more than a year and a half now, that is, from the very beginning of the battle for Damascus. The overwhelming majority of peaceful civilians were evacuated long ago, and that tiny percentage that remained does not correspond to the density of population on the video footage. Thus, the fact that several hours after the dispersion of the nerve gas one could see so many people who were seriously wounded and brought to the local hospitals is very questionable. Fourth, we have managed to identify several children shown on that horrible video. All of them were photographed at various times in different places and each time it was claimed that they were the victims of the chemical attack. On five videos we saw one and the same woman with different children each time this video was shown. She said that all of them were her children.

The government forces have just liberated Maalul. What can you say about the fate of Christians in Syria? Can it be that there are no Christians in Homs now?

There are Christians in Syria at the moment. The Christian population in Syria is sharing the sufferings of the Syrian people in full – sufferings caused by the conflict that became possible thanks to the support offered by Western countries to the mercenaries who are destroying the country. They are methodically turning the residential quarters in Syria into the areas of hostilities. And as regards the Christians, all of them are still being subjected to ethnic cleansing, which is aimed at ousting the Christians from Syria or at using them as a living shield. The case of Maalul has thrown light on the protracted drama of 50 Christian villages located in the Valley of Christians, where militants fired at the Christians from the Safir Hotel, located on a mountain peak. What’s more, they even kidnapped the local youths. However, some days ago the mercenaries seized the local village, executed some 20 people and took 15 young people, including both boys and girls, hostage. There was no doubt that it was a confession-related attack that resembled a local genocide. The crosses were torn down, the local shrines defiled and the local church was destroyed. What is happening in Syria now resembles the Afghan scenario. The policy, which is being implemented by the West, is turning Syria into new Afghanistan or Somalia. I would not like my worst enemy to experience what we are experiencing in Syria now.