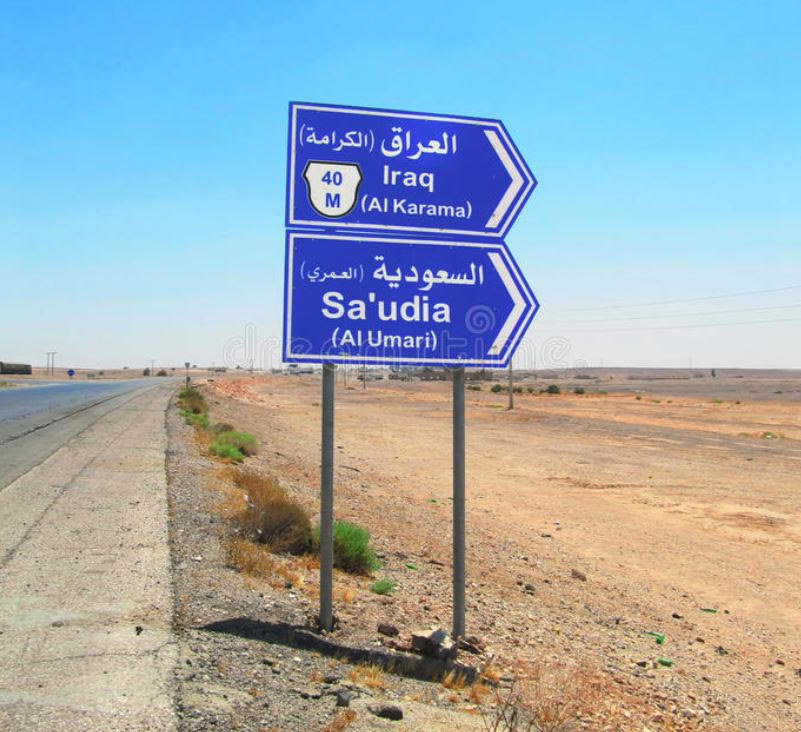 Stepped up Saudi efforts to forge close diplomatic, economic and cultural ties to Shia-majority Iraq in a bid to counter significant Iranian influence in the country appear to be paying off. The Saudi initiative demonstrates the kingdom’s ability to engage rather than exclusively pursue a muscular, assertive and confrontational policy towards the Islamic republic and its perceived allies. It raises the question whether it is a one-off or could become a model for Saudi policy elsewhere in the region.

The kingdom’s recent, far more sophisticated approach to Iraq is testimony to the fact that its multi-billion dollar, decades-long support for Sunni Muslim ultra-conservatism that at times involved funding of both violent and non-violent militants had failed in Iraq. It constitutes recognition that Saudi Arabia’s absence effectively gave Iran a free reign.

Saudi Crown Prince Mohammed bin Salman’s Iraqi charm offensive amounts to a far more concerted and successful effort than attempts more than a decade ago by then Saudi King Abdullah to reach out to Iraqi Shiite leaders, including firebrand Muqtada al-Sadr and involving the organization of ameeting in Mecca between Sunni and Shia Iraqi religious leaders. King Abdullah’s efforts did not at the time involve a crackdown on funding by Saudi sources of a devastating Sunni Muslim insurgency.

King Abdullah’s initiative notwithstanding, Saudi policy towards Iraq for more than a decade since Iraq’s Shiite majority emerged from the shadow of Saddam Hussein’s minority Sunni Muslim rule as a result of the 2003 US invasion was one of non-engagement, sectarianism, and support of the country’s Sunni minority.

It took the kingdom 11 years to open its first embassy in post-Saddam Iraq, the kingdom’s first diplomatic presence in the country since it broke off diplomatic relations in 1990 because of Saddam’s invasion of Kuwait. Even then, relations got off to a rocky start with Iraq demanding thereplacement of the kingdom’s first ambassador, Thamer al-Sabhan, after he publicly criticised Iranian involvement in Iraqi affairs and the alleged persecution of Iraqi Sunni Muslims.

The emergence in 2014 of Iraqi prime minister Haider al-Abadi, who succeeded Nuri al-Maliki, seen by the Saudis as an Iranian pawn, coupled with the rise of Prince Mohammed and the Saudi charm offensive in the wake of the defeat of the Islamic state has produced a remarkable turnaround that holds out the prospect of the kingdom becoming an influential player in the reconstruction of war-ravaged Iraq.

Beyond the opening of the embassy, Saudi Arabia is slated to open a consulate in Basra as well as in Najaf, widely seen as Shia Islam’s third most holy city that rivals Iran’s Qom as a centre of Shiite learning. Unconfirmed reports suggest that Prince Mohammed may visit Najaf after Iraqi elections scheduled for May 12.

The two countries have reopened their Arar Border Crossing that was closed for 27 years and restored commercial air traffic for the first time in more than a quarter of a century. More than 60 Saudi companies participated earlier this year in the Baghdad International Fair.

In shifting gears in Iraq, Prince Mohammed appears to have broken with decades of Saudi efforts to primarily confront Iran in proxy and covert wars. It remains, however, unclear to what degree Prince Mohammed’s policy shift in Iraq is an indication of a broader move away from sectarianism and support for ultra-conservative militants and towards engagement.

The record is mixed. Saudi Shiite activists see little positive change and, if anything, assert that repression in their heartland in the kingdom’s Eastern Province has increased since Prince Mohammed’s rise.

“Bin Salman is already acting like he’s the king of Saudi Arabia. He keeps telling the West that he will reform Islam, but he keeps raiding the homes of Shia and stripping us of any political rights,” one activist said.

Nonetheless, a Saudi-funded Bangladeshi plan to build moderate mosques to counter militancy, the kingdom’s relinquishing of control of the Grand Mosque in Brussels, and the newly found propagation of tolerance and inter-faith dialogue by the government-controlled World Muslim League that for decades funded ultra-conservatism globally would suggest that Saudi money may be invested in attempting to curb the impact of the kingdom’s decades-long support of ultra-conservatism.

There are, however, also indications that Prince Mohammed is not averse to funding militants when it suits his geopolitical purpose. Saudi funds have flowed since his rise in 2015 to militant religious seminaries in the Pakistani province of Balochistan at a time that the kingdom was drafting plans to destabilize Iran by exploiting grievances and stirring unrest among Iran’s ethnic minorities, including the Baloch. Those plans have not left the drawing board and may never do so, but ultra-conservative militants figure prominently in them.

Nevertheless, the magnitude of the shifting of gears in Saudi policy towards Iraq as well as other steps that Prince Mohammed has taken to curb, redirect, and reduce, if not halt, Saudi support for militant ultra-conservatism is highlighted by the conclusions of a 2002 study of funding of political violence conducted by the New York-based Council of Foreign Relations.

Coming in the wake of the 9/11 attacks when Saudi funding and counter-terrorism cooperation with the United States was put under the magnifying glass, the study suggested that the kingdom’s global support for ultra-conservatism was woven into its fabric.

“It may well be the case that if Saudi Arabia…were to move quickly to share sensitive financial information with the United States, regulate or close down Islamic banks, incarcerate prominent Saudi citizens or surrender them to international authorities, audit Islamic charities, and investigate the hawala system—just a few of the steps that nation would have to take—it would be putting its current system of governance at significant political risk,” the study warned.

In many ways, Saudi support for the Iraqi insurgency was a textbook example of the decades-long, $100 billion Saudi campaign to confront Iran globally by promoting ultra-conservatism and sectarianism and in a minority of countries – Afghanistan, Pakistan, Bosnia Herzegovina, Iraq and Syria – funding violence.

Nawaf Obaid, a Saudi scholar with close ties to the government, said Saudi options at the height of the Sunni Muslim insurgency included supplying the insurgents with the same type of funding, arms and logistical support that Iran was giving to Shiite armed groups. Another option, he said, was to create new Sunni brigades to combat the Iranian-backed militias.

“Saudi engagement in Iraq carries great risks — it could spark a regional war. So be it: The consequences of inaction are far worse,” Mr. Obaid said in 2006.

US and Iraqi officials at the time suspected Saudi Arabia of covertly supporting sectarian Sunni jihadist insurgents opposed to the US military presence in the country and the rise of a Shia-dominated government. While there was no evidence of government assistance, the lines between the actions of private citizens and authorities were and remain often blurred in the kingdom.

An Iraq Study Group report in 2006 at the height of the Sunni Muslim insurgency concluded that “funding for the Sunni insurgency comes from private individuals within Saudi Arabia and other Gulf states.”

Without identifying them, Iraqi officials asserted that funds were also flowing from Saudi charities that often operated as governmental non-government organizations. They said some of the funds had been channelled through Saudi clerics who decided who the beneficiary would be.

Truck drivers at the time described transporting boxes of cash from Saudi Arabia that were destined for insurgents. The transports frequently coincided with pilgrimages to Mecca.

“They sent boxes full of dollars and asked me to deliver them to certain addresses in Iraq. I know it is being sent to the resistance, and if I don’t take it with me, they will kill me,” one driver said. He said he was instructed to hide the money from authorities at the Iraqi border.

One official said $25 million was sent by a Saudi religious scholar to a senior Iraqi Sunni cleric who bought Russian Strela shoulder-fired anti-aircraft missiles on the black market in Romania.

Baath Party loyalists claimed at the time that a US Air Force F-16 jet that crashed while flying in support of American soldiers fighting insurgents in Anbar province had been downed by a Strela. The US military denied the claim.

“We have stockpiles of Strelas and we are going to surprise them (the Americans),” a spokesman for the party, said.

The Iraqi cleric involved in the purchase of the missiles was suspected to be Sheikh Harith Sulaiman al-Dhari, a tribal chieftain dubbed “the Spiritual Leader of the Iraqi Resistance” with a lineage of opposition to foreign rule dating back to the killing in 1920 of a British colonel by his father and grandfather. Iraqi authorities issued an arrest warrant for Mr. Al-Dhari in late 2006, who has since passed away, on charges of inciting sectarian violence after he visited Saudi Arabia.

Saudi Arabia’s approach to Iraq has come a long way since the days of the insurgency. The question is whether the kingdom will draw a lesson from its success in the way it manages its regional rivalry with Iran. So far, there is little indication that Iraq is more than the exception that confirms the rule.

Said political analyst Hussein Ibish in a just published study of Saudi-Iraqi relations: “Iraq is the only major regional battleground at present in which Saudi Arabia is relying almost entirely on carrots rather than sticks. Yet, arguably, more has been accomplished by Riyadh over the past year in Iraq than, for example, in either Yemen or Lebanon… Saudi Arabia’s outreach in Iraq, particularly in 2017, belies the stereotype of a rash, reckless, and uncontrolled new major regional actor, showing instead that Saudi Arabia can be deft and delicate when it wants to. That’s an important lesson for the rest of the world, but also for Saudi Arabia itself, to ponder.”