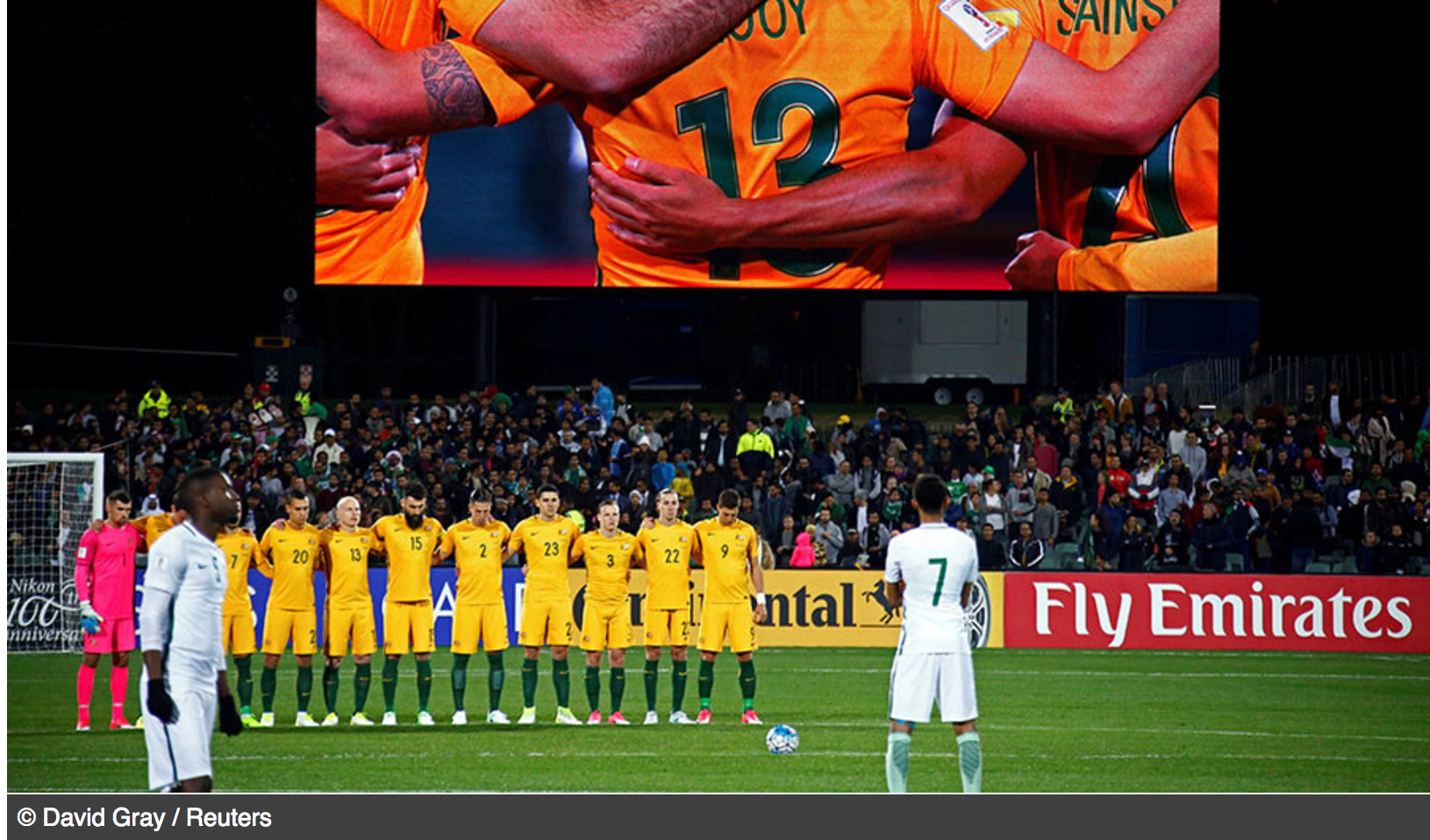 As the Australian football team lined up to pay their respects to victims of the London terrorist attack during a minute’s silence at a World Cup qualifying match, their Saudi Arabian opponents failed to do so, triggering anger on social media.

While an announcement resonated across the stadium, making clear what was about to happen, the Australian players lined up and put their arms around each other.

“We stop to remember all the lives lost, all those families and friends affected by this terrible tragedy, and in particular we reflect on the loss of two young Australian women living and working in London,” the announcer said.

However, the Saudi players didn’t line up at all, and some were seen wandering around the field. Read full in RT