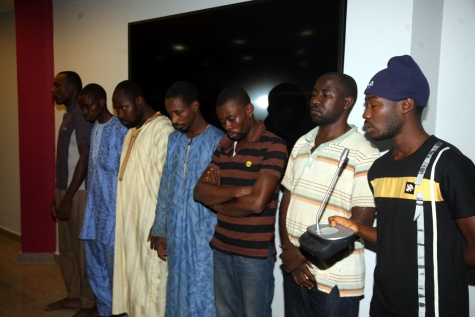 A Sharia Court in Makkah, Saudi Arabia, has sentenced a pilgrim from Goronyo Local Government in Sokoto State, Alhaji Mamman Alhaji Lugga Kwakwazo, to three months in prison for claiming a purse he found at the Holy Mosque in Makkah.

The incident, which occurred at the Holy Mosque in Makkah last Friday, was taken to a Sharia Court after the owner of the purse came forward.

However, Alhaji Kwakwazo reportedly refused to give back the purse to the owner, still claiming ownership. Eyewitnesses said an argument ensued between them.

The matter was then reported to Saudi security agents, who subsequently arrested them and charged the matter to court.

According to the Secretary of the Goronyo Local Government, Alhaji Dalhatu ‘Yar-tsakuwa, who confirmed the incident, “the incident is unfortunate.”

Alhaji Kwakwazo was later found guilty by the court for false claim and sentenced to three months in prison.

Also, he has been barred from entering Saudi Arabia for the next five years.