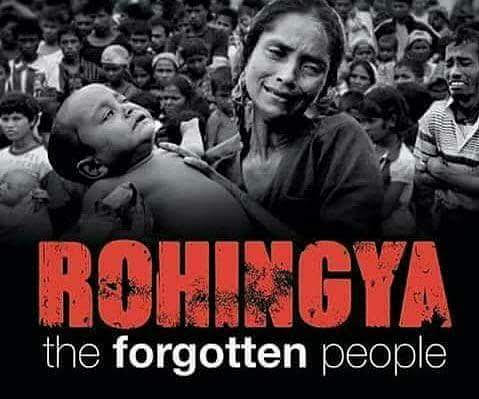 Some Muslims are asking why is Saudi Arabia silent on the inhuman ongoing #Rohingya Genocide by the Myanmar regime?

Children, women, men of the Rohingyah Muslim minority have been beheaded, burned alive, tortured to death by the evil Myanmar regime.

Only #Iran & #Turkey among Muslim countries are screaming and raising awareness against the ongoing genocide of Rohingyah Muslim minority.

Why is the Saudi Wahhabi regime silent on the ongoing genocide of Rohingyah Muslim minority of Burma? #StopKillingRohingyaMuslims

The ideology guiding the Saudi regime is #Wahhabism, an ideology not meant to defend & protect Muslims but to kill Muslims, rape & destroy.