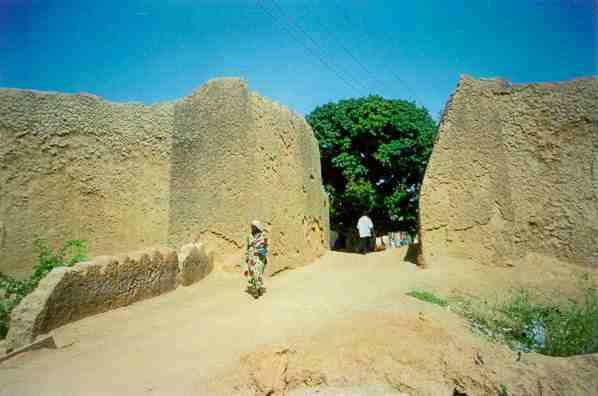 The serenity was gazed as i waited for the phone to ring, expecting an important call has its own modus, feeling whether everything is in position takes away much of your attention. As i looked at the time, the phone rang, dazzling my concentration almost simultaneously. Hello, i answered. The voice from the other end was surely that of a prince, spewing with majesty, i heard ‘hello’, while i tried to answer, the voice sprang again, “this is Aminu Yunusa Ningi”, charming, logical and with a sense of purpose he continued.

These criminals we believed are collaborating with some of our local criminals who usually feed them with information about those targeted for kidnapping, the criminal gangs usually came in number carrying various assorted weapons, guns, knifes of various types and sticks are their companions daily. Some of the local criminals have been arrested and identified but the main criminal gangs are hard to arrest because they lived in the bush circling our town.

In our efforts to curtail their heinous criminal activities, we wrote both the Kano state government and the Kano emirates council, their intervention at the time have reduced the menace but only to pick again when the security operatives left. Our state government of Bauchi state have been overpowered by these criminals persistent activities.

Last time when the military were drafted, many of these criminal gangs left for another location but only to come back when they discovered that the security operatives have left and now Ningi people and its town have been left to the mercy of God. One of the kidnapped victim informed us of how the kidnappers were inviting their colleagues operating within the Zamfara state axis, telling them to abandon the cattle rustling they engaged inn and come over to Ningi where row cash is easily forwarded as ransom.

Alhaji Matubura is a prominent man in Ningi town, he was kidnapped before the sallah festive period and released on sallah day only after a heavy ransom was paid. They came to his house requesting to work on his farm, Alhaji Matubura is known all over Ningi as a man with various assorted farms, so they capitalized on that and came to his house demanding an audience, he was sick on that day but managed to come out of the house, immediately he came out they whisked him away to an unknown destination, he was only seen when the heavy ransom was paid.

Bala Zubaidu is a known heardman, owning alot of cattles is a dream of all people within the area, he was also kidnapped but released only after the ransom was paid. Owning those heard of cows have caused him some misgivings that may take time to recover from.

Anyone in an isolated environment is a potential victim for kidnapping in Ningi town, that is why the prince said they had to write a letter to all the District head to sensatize and inform their wards of the danger associated with a lone outing, women and children are an easy targets to these kidnappers.

Presently, the people of Ningi town have been left to their dilemma, nobody is near by to help and the police have been compromised. These kidnappers cannot operate unabated without any accord from the police. The police have refused doing anything to help the situation. An effort by the locals to re-mebolised the police through some monetary contribution were rejected by the police, this was the reason the locals believed that the police have taken side.

Though, the issue will require the federal government to mobilize an anti kidnapping squads with a mandate to flush, arrest and possibly kill these kidnapping mafia transforming into an uncontrollable monster that may soon eat up not only Ningi town but Bauchi state and by implication northeast as a whole.

The Bauchi state government should come together with the northeastern states and by extension the federal government to eradicate this menace in time before it spread to engulf the whole northern Nigeria.

Helicopters and humbies with some special forces will be needed to scout for these criminals that have turned our ones peaceful towns into some criminals ghettos functioning to suck the remaining energy in our lives.

Time is not a friend here, it is now or we forget about Ningi town, because it seems, the Ningi town in Bauchi state is populated presently with  helpless, dejected and frustrated people, woked up everyday by a new call through the phones of gangs of kidnappers on the frowl, merciless and unforgiving. Something drastic must be done before it turn into a monstrous monster of war and killings.

President Muhammad Buhari most give this issue of urgent importance the urgency it deserved.

These has been the frustration of a prince in force to salvage his people.