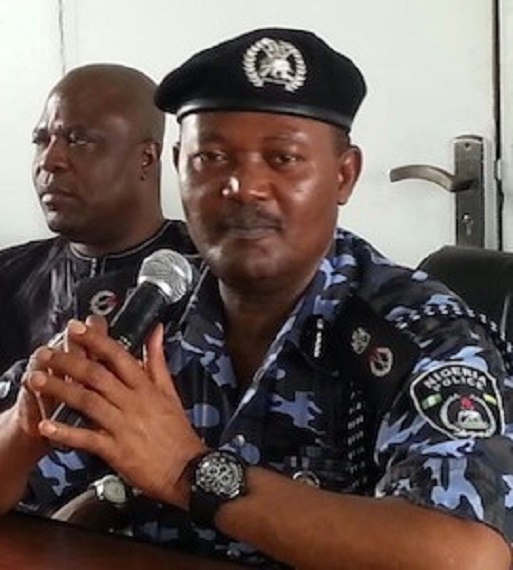 Lagos State Police Commissioner was quoted as saying: If any of my men is killed, I shall kill twenty of them. Please say it ain’t so! Nigerian Police is by far, not the worst in the world. Our police have been sent to different countries to help train and enforce the law of the land, not kill twenty innocent civilians for every deranged person that shoots at the police. But if it is true that a commissioner actually utter those words, note he can’t be worse than a motor park tout!

It is sad that for two to three days, none of his superiors called him to order or even disciplined him until the Inspector-General of Police, Suleiman Abba through the Police Public Relations Officer, Emmanuel Ojukwu, cautioned personnel of the force against the use of firearms in elections “except in extreme circumstances”. Police has “a mandate to save and protect lives, and not to kill, contrary to recent statements in the media”.

Why blame it on the media instead of the source of the crude and barbaric statement? In view of international demonstrations that “black lives matter” in the hands of police, it is ironic that a police officer could make such a statement in Africa about Nigerian lives. While Police shootings have attracted demonstrations in United States and Britain, Nigerians have fought back with mob justice on reckless and senseless shootings of civilians.

It is not that the mob has been helpless against police recklessness for killing over N20.00 but it does not make sense to provoke or encourage violence against either police or civilians. Police   have also come under attack in Nigeria by the Army and the Navy, saved by civilians. Several times joint commissions have been formed to find solutions to constant attack on the police.

Usually when police are under attack from other member of the Armed Forces, it is the civilians they run to either to hide or call for help. It will be difficult for civilians to empathize with police under attack from any quarter if their behavior under the command of some unruly oga at the top stinks. Indeed, one would expect that his boss would personally call him to order. But it can be difficult to do so under shaky political climate.

No position is permanent. Just as soldiers go and soldiers come, Commissioner Mbu must remember that police come and police go. More so is the reign of politicians, even when they try to stay for a third term. Mbu must remember the end of many police champions before him. Some of them thought they were indispensable, from Tafa Balogun to Nuru Ribadu.

It has not been too long ago when Motor Park touts and thugs were weeded out of the Nigerian Police Force by OBJ administration. Some of them were missed and one made it to the top.

Most Lagosians would believe the deadly threats; if you actually order it and your boys carry it out. It will come back to haunt you, if not right now, then sooner than later. What you are asking for is nothing short of anarchy. You are also endangering the lives of good police men and women that just want to do their job and go back home to their families. Police already have a difficult task without you putting them under the threat of suspicion.

We already have a situation in Borno State where police action was so unproductive yet brutal, they lost control. It has become enormous task for our soldiers to contain. Indeed we are now asking for African and international help. The problems usually start from somewhere. It got so bad at a point in Lagos, police could not wear their uniforms on the streets. Police stations were also ransacked in many states, officers were kidnapped and their ammunitions carried away.

There we go again. You are taunting and inciting law abiding citizens of the Country like what our President called a motor park tout. If police shoot and kill twenty innocent civilians, you know there will be outrage even from police supporters. Your statement is shameful, reckless and tailored to incite law abiding citizens. If you were not called to order in River State, you may not be called to order in Lagos State. Police PRO statement is too vague and amorphous.

Anyone familiar with this writer knows that Tinubu is not his favorite politician, but not even Tinubu’s house deserves to be flooded with police in fear of his life on the order of some politicians that disagree with him. Tinubu is not the Governor of Lagos State but his party is in coalition in APC. Police Commissioner Mbu is well noted for his order on Gov. Ameachi of River State. He has now brought the same notoriety to Lagos State.

Tinubu must have missed some payments to Jonathan. When and if that payment is made, Mbu will look like a foolish fly following the dead to the grave. Mbu is only one of the several police commissioners but he has answered the call of duty like no other recently. Politicians have no permanent friends or enemies; they serve the convenience of the day. By the time politicians use and dump their disposable errand boys, you will have yourself to blame.

Mbu statement cannot help the situation. The police need the support of the people in the investigation of crime and enforcement of laws. Right now, Nigeria has a National Police Force, so our Armed Forces are not divided along ethnic lines unlike other police in Europe and America. In many of those countries, the majority in the communities support their police force while the minorities, less represented among city police, do not trust the same police force.

We should be working towards a goal where majority of Nigerians support our Police Force but threatening statement from a commissioner such as Mba calls into question his training and state of mind for such a sensitive position. It is unfortunate that such behavior in one state would earn him another posting to display the same behavior in another state.