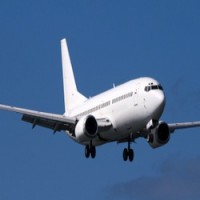 BusinessDaily- Worried by safety of local Nigerian airlines, some of the wealthy businessmen in the country are taking the unusual step of flying the 300 miles from Lagos to Abuja via London.
That’s nearly 6,000 flight miles and 12 hours on board a plane, not to mention time spent in London’s airports, to avoid a 300-mile one hour domestic flight, reports Platts newswire.

The Lagos-London-Abuja marathon is, of course, a rarity. Most travelers in Nigeria concerned with flying will either not travel or find other land-based modes of transit. Despite the small uptick in demand for Europe-Africa flights, the overall impact on jet demand has been negative.

These concerns over air safety come at a time when civil unrest in Nigeria has been high, with many attacks on high-profile targets. This, too, has taken its toll on demand for flights, both domestically and internationally.

This lack of demand has seen cargoes of jet fuel, which are imparted to West Africa to meet local demand, start to amass in floating storage. Inventories are typically held at sea with about 200,000mt on the water at a given time. But the current state of demand, weakened by flying fears, has seen the amount of fuel offshore more than double, traders estimate.

The International Air Transportation Association and the International Civil Aviation Organisation both have pledged support to Nigerian airlines to help them improve their safety records. Until that happens and confidence in local air travel returns, demand is expected to be low, and at least some travellers will be stacking up the frequent flyer miles.