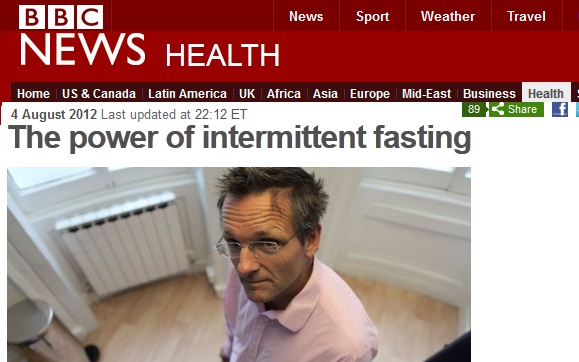 Ramadan is the ninth month of the Islamic calendar, and is observed by Muslims worldwide as a month of fasting to commemorate the first revelation of the Holy Quran to Prophet Muhammad (S.A.W) and this annual observance is regarded as one of the Five Pillars of Islam. Fasting is fardh (“obligatory”) for adult Muslims, except those who are suffering from an illness, travelers, the elderly, pregnant women, nursing mothers and those going through menstrual bleeding.
While fasting from dawn until sunset, Muslims refrain from consuming food, drinks, smoking, backbiting, long arguments, lying, fighting and engaging in sexual relations; Muslims are also mandated to refrain from other behavior that could be perceived as sinful, such as swearing, engaging in disagreements, and unnecessary noise-making.

Several Muslims around the world observe fast between dawn to sunset in the month of Ramadan, they do so not for losing fat or any medical value, but for spiritual benefits as it is ordained by the Holy Quran in ‘Q 2:183’ which says:

“O you who believe! Fasting is prescribed to you, as it was prescribed for those before you (i.e. Jews, & Christians) so that you may (learn) self-restraint.”

But while fasting during the holy month remains an avenue for introspection and spiritual renewal for all Muslims around the world, fasting has several health benefits which was why even non-Muslims are encouraged to observe: during Ramadan, lunch is basically missed and take an early hour breakfast and do not eat until dusk. Abstinence from water for 12 or so hours is necessary for concentration of all fluids within the body, thus producing slight dehydration. The body has its own water conservation mechanism; in fact, it has been shown that slight dehydration and water conservation, improve longevity.

The physiological effect of fasting includes lowering of blood sugar, lowering of cholesterol and lowering of the systolic blood pressure. In fact, Ramadan fasting would be an ideal recommendation for the treatment of mild to moderate, stable, non-insulin diabetes, obesity, and essential hypertension but on the other hand, patients who are suffering from severe diseases, whether type 1 diabetes or coronary artery disease, kidney stones, etc., are exempted and should therefore not be allowed to fast.

When fasting, you give rest to the gastro-intestinal tract, the sexual organs, the tongue, the eyes and ears, etc. The transit time for a bolus of food from the mouth to the end of the large intestine, called colon, is about 12 to 14 hours. In fact, fasting is an additional safety device for the regenerative processes of the body. The repair processes of the body and the brain, including the memory molecules which take place when the body is at rest, especially during the stage of deep sleep. Sleeping during Ramadan is much deeper than in other times. Two hours of sleep during Ramadan are more satisfying and refreshing than more hours of sleep otherwise.

Fasting significantly increases deep sleep and reduces the dreaming time, which takes place during the Rapid Eye Movement (REM) in sleep, thus making it more beneficial for the elderly to fast because their normal hours of deep sleep in the non-fasting state are much less.

Through the beneficial effects of magnesium, fasting prevents the formation of atheroma as well as dissolves atheromatous plaques which are responsible for heart attacks and strokes. Hence, fasting takes an active part in the rejuvenating processes of the body through many channels.
Ramadan fast puts a healthy mind into a healthy body because fasting increased secretion of the growth hormone by the pituitary gland.. It is an anabolic hormone for synthesis of proteins and collagen, which produces a positive nitrogen balance. It also stimulates erythropoiesis, as well as collagen synthesis.

During the exercise of fasting, prayers and different spiritual experiences of Ramadan, certain endogenous substances are released by the brain and spinal-cord into the body called opioids, which include enkephalins and endorphins. These are responsible for euphoria, tranquility and serenity during such periods. Endorphins and enkephalins are natural painkillers. Endorphins may be responsible for the “feel nice” effects, experienced by many people after rigorous exercise. Endorphins and enkephalins are derived from beta-lipotropin. On release, it is cleaved to form three major active products: called met-enkephalin, gamma-endorphin, and beta-endorphin. Beta-endorphin is most active, and is about 20 times as potent as morphine. In addition to their pain killing properties, the narcoticanalgesics cause a profound feeling of well-being (euphoria). It is this feeling that is in part responsible for the psychological drive of certain persons who are fasting.

Muslims who have been fasting regularly since childhood have been exposed to different sleep/wake and light/darkness cycles on a daily basis in one annual lunar month. Hence, it may be easier for such persons to synchronize at a faster rate their circadian, circa-lunar and circa-annual bio-rhythms, under difficult conditions. Therefore, it is expected that Muslims who fast regularly would least suffer from jet lag and that health problems in Muslim shift-workers would be minimal.

Moreover, the social contact during taraweeh or qiyam (long night prayers) and other social spiritual activities should act as a zeitgeber (from German ‘time-giver’) which regulates any desynchronized biological rhythm. This amounts to gentle physical exercise, involving each and every muscle in the body and the night prayers utilized approximately, 200 calories. Perhaps, more additional exercise utilizes several extra calories ingested at iftar (meal for breaking the fast) approximately 1-2 hours earlier. Simultaneously, the blood glucose is steadily rising in the blood from the ingested nutrients; the circulating glucose isoxidized to CO2 and H20 during the prayers.

The physical movements during qiyam prayers also improve flexibility, co-ordination and relaxation response. It again reduces stress-related autonomic responses in normal persons and relieves anxiety and depression. Adrenaline and noradrenalin are secreted during the physical exercise of qiyam. They are responsible for the consequent dynamism, which now combines with the tranquility and the serenity, due to the secretion of enkephalins, endorphins, dynorphins and others.

The strain put on the forearm, during prostration in lifting the body from the ground, increases the bone mineral content of the forearm. The varying load during the different postures causes a lubricating effect and a protective flow of synovial fluid into the joint cavity. The reinforcement of the calf muscle pump by active ankle movements prevents deep veinthrombosis, which is a common cause of chronic ulcers of the legs in the elderly.
Exercise of qiyam improves mood, thought and behavior. Memory for short-term events deteriorates with old age. Prayers improve memory in the elderly, forshort-term events, by keeping the memory pathways in the brain open and communicating with each other, especially with constant repetition of the verses from The Holy Qur’an and other supplications of Allah (swt’s) glory. This also helps to screen the mind from other incoming thoughts.
There are also psychological effects of fasting as well. There is peace and tranquility for those who fast during the month of Ramadan as personal hostility is at a minimum, and the crime rate decreases. Aggression across borders in some countries is at a stand-still due to Ramadan because Muslims take advice from the Prophet (saw) who said, “If one slanders you or aggresses against you, say I am fasting.”

Understanding what Ramadan is and the sanctity of the fast is of paramount importance to all of us whether we are Muslim or non-Muslims. The goal of fasting is to teach patience, discipline, modesty and spirituality. Whoever is observing a lengthy period of fasting must stay healthy, eat wisely and sleep enough.

It is an effective detoxification therapy as toxins will break down and pass out of the body. Also, fasting is ideal for both the overweight and underweight. Fo rthe overweight, deposited fat gets used and burns down, facilitating weight loss. For the underweight, fasting also normalizes the digestive system and equips a body to digest and assimilate nutrients. Fasting can also clear many skin problems. This is because of the elimination of toxic materials. Fasting also has advantages in getting rid of addictions and habits like smoking and drinking alcohol.

Conclusively, these few tips below may help one maintain a balance and healthy life throughout this holy month of Ramadan and beyond:
* Avoid eating an excess of carbohydrates.
* Avoid an intake of excessive sugary and spicy food, and also stay away from caffeine drinks such as coke, coffee or tea.
* Avoid snacks high in salt like chips or nuts.
*  Take dinner only before Ishaa and after Taraweeh prayers, so the time afterwards is spent in Ibaadah, prayers and dhikr.
* Women should not be made to cook all day: hence, keep the meals simple and humble, so they too can get the time to engage in equal Ibaadah and prayers, during their day, and post-Iftaar as well.
* When considering dinner, it’s very important to include food varieties like: Meat/Bean, Bread/Cereal, Milk, Vegetable, Fruits among others.

Finally, i wish all my readers, friends, well-wishers, colleagues, family and the entire Muslim umma a blissful, bountiful, glorious and a happy Ramadan fast. May the Almighty Allah – the God of Muhammed, the God of Jesus Christ, the God of Moses and the God of Abraham – accept all our Ibaadah and spare our lives to witness more and more Ramadans ahead.