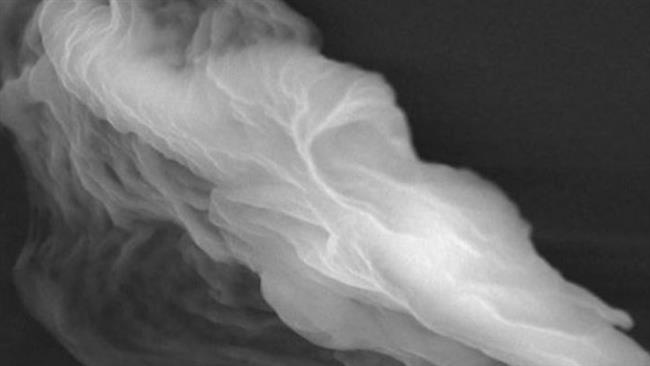 Scientists have discovered a strange and microscopic “living balloon” in the outer levels of the Earth’s atmosphere, which they say hints at the existence of alien life.

Researchers at the University of Sheffield and University of Buckingham Center for Astrobiology said the spectral-like structure, dubbed “ghost particle”, might have carried microscopic alien organisms, International Business Times reports.

The samples were collected by balloons sent into the stratosphere, 27 kilometers above the Earth’s atmosphere, to examine space debris.

The particle, as thick as a human hair strand, is a biological organism that resembles a chiffon scarf when examined under a microscope, said Milton Wainwright of the Buckingham Center for Astrobiology.

“We can speculate that in its space environment this ghost particle is a living balloon which an alien microscopic organism might inflate with lighter than air gasses allowing it to float in the air or the seas of an unknown space environment”, he added.

The particle, nothing similar to which has ever been found on earth, is in absolutely pristine condition without any manner of contamination like pollen, grass or pollution particles, said the researcher.

“Unless a means of lifting them from Earth exists, which selectively sieves them out from other Earth-derived debris, then they must be incoming from space,” he added.