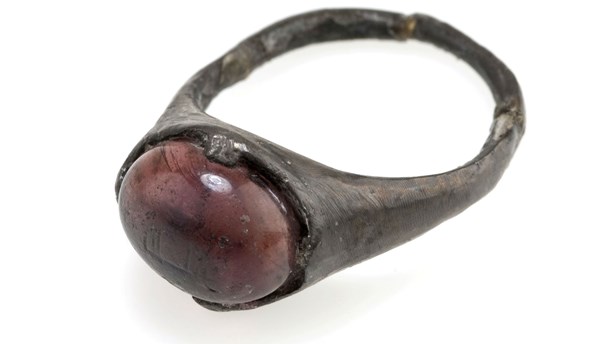 How close were the Vikings’ ties to the Islamic World?

A ring found at the grave of a woman who was buried in the 9th century in the Viking trading town of Birka, west of modern-day Stockholm, was inscribed with the words “for/to Allah” in Arabic-Kufic writing. New analysis of the ring, done with electronic microscopy, found that it was in mint condition, and suggests that there were very few, if any middlemen, between the maker of the ring and the woman who it was buried with.

“It shortened the space between this far-away area and Scandinavia,” said Linda Wåhlander, who co-authored a paper about this research in The Journal of Scanning Microscopies. She says some of the theories they are working with include whether the woman, herself, went abroad and got the ring from someone, or whether someone went abroad and brought it back home to her. Source