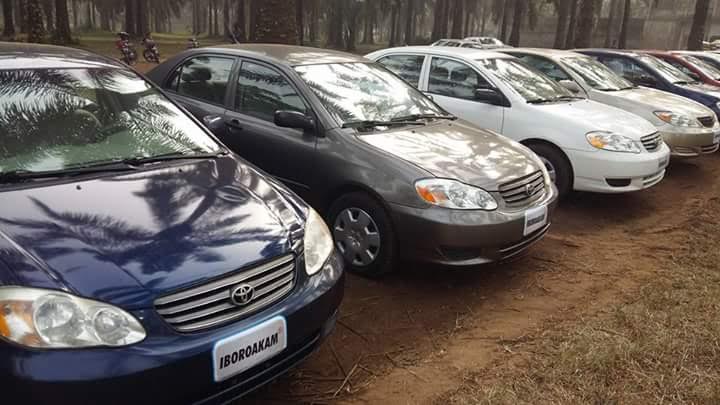 Mr Aniekan Uko who was sacked recently by the Court of Appeal as a member of the Akwa Ibom State House of Assembly should be invited by the Economic and Financial Crimes Commission (EFCC) for questioning over the source of his sudden wealth. Until he was fraudulently rigged into the House and imposed as the Speaker, this man who is notorious for blaring siren recklessly never donated a bicycle to anyone, at least not to my knowledge.

I never heard of his name until his controversial emergence as the Speaker. Being a first timer in the House, he was not eligible to be the Speaker in the first place going by established parliamentary practice. However, because the former governor of the State, Sen Godswill Akpabio believes that it is his right and that of members of his family to allocate political positions in Akwa Ibom State, returning members of the rubber stamp Assembly were barred from contesting for the speakership position which paved the way for Mr Uko who many believe does not have the intellectual capacity to lead the House.

The Court of Appeal removed him based on evidence that he was fraudulently rigged into the House of Assembly and ordered for a fresh election. As part of his preparation for the fresh election, Mr Uko who barely spent six months in office will be donating vehicles, motorcycles, etc, to his supporters in the name of “empowerment” today.

Uko should explain the source of his sudden wealth. What is the source of the money he used to buy 12 vehicles, 20 motorcycles including 2 Lexus Jeeps RX330, 10 Toyota corolla/Camry cars and 20 motorcycles to members and officials of the Peoples Democratic Party  (PDP) in his constituency? How much did he make during his brief tenure as a member and Speaker of the Akwa Ibom State House of Assembly?

In this era of economic hardship and financial meltdown, Uko should come out clean and tell the public where he got the money he is throwing about anyhow.

We need to improve our electoral laws. Beneficiaries of election frauds should be made to refund all funds that accrued to them during their illegal stay in office. There must be serious consequences for those who rig their way to power. It is not enough for the tribunal and the courts to nullify election, those whose criminal actions led to the nullification of the election should be prosecuted.

President Muhammadu Buhari has said that if we do not kill corruption, corruption will kill us.