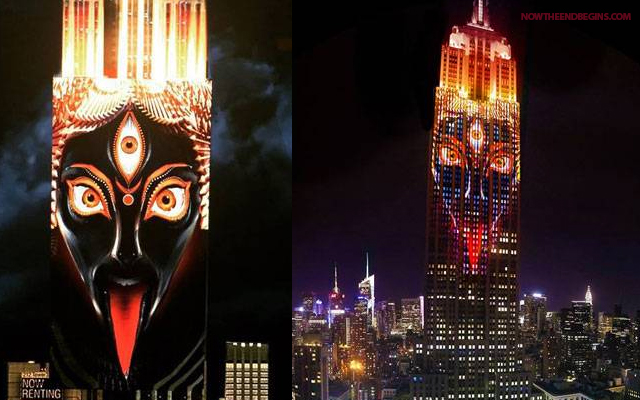 The Times of India reports today that “In a breathtaking spectacle, Goddess Kali was projected on the Empire State Building in New York.” For those of you not familiar with the Goddess Kali, she is the Hindu god of death and destruction.

The name of Kali means black, time, death, lord of death; she is therefore called the Goddess of Time, Change, Power, and Destruction. She is known as the “Black One”, or the “Dark One”. We wonder if perhaps this is not an Illuminati message of coming events soon to take place?

Her face was projected on the building as a finale of a series of images of endangered animals displayed through the week. Android Jones who designed it claimed it was to represent the extinction deaths, however there is broad anxiety that this is once again the calling of the rapture.