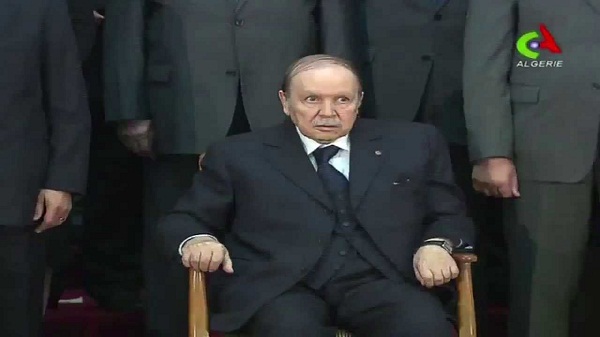 According to 18 year-old Godiya Usman, a girl who escaped the abduction, as the Boko Haram terrorists drove to their hide-out, they stopped at every village they came across and shot indiscriminately at every villager in sight. This continues a pattern for the past four years where the terrorists, usually camouflaged in military outfit have massacred and burnt down entire villages and towns in Nigeria’s north, leading to up to 40,000 deaths by recent estimates.

There is increasing suspicion of government involvement and at least, government complacency in the killings. Recent accusations by a prominent northern governor, the failure to arrest a single sponsor in over four years of unabating terror and a report from the Voice of America, VoA, of alleged military-on-military ambushes and possible top security sabotage, have sharply delineated and exacerbated such sentiments.

Summarily, with three northern states in a state of emergency and calls for more states and perhaps the entire nation to come under emergency rule, the government of Nigeria is asserted to be helpless and increasingly desperate in the face of increasing, deadly terror and social destabilization.

In appreciating the Nigerian debacle and determining the proper solutions urgently required, visiting the history of neighboring Algeria is imperative.

In 1991, fearing a victory of the increasingly popular Islamic Salvation Front (FIS) party, the ruling National Liberation Front (FLN) party, cancelled the national elections. A coup followed and President Chadli Bendjedid was ousted. The popular FIS party was banned, which many FIS loyalists regarded as a declaration of war. Suddenly armed guerrillas appeared, the Armed Movement (MIA) in the mountains, which later evolved into the FIS-loyalist Islamic Salvation Army (AIS) and the Armed Islamic Group, GIA in towns. There were many other nonspecific terror groups. With the eruption of all these terrorist groups, Algeria was wrecked with all types of terror and massacres including a famous Algiers 1992 airport bombing; for the better part of ten years.

At the beginning of the civil war, the attacks were primarily at the government and government supporters—similar to Nigeria with Boko Haram—but as time went on, the terror groups, especially the GIA, began massacres of entire neighborhoods and villages. On August 26, 1994, the GIA even declared a caliphate in Algeria, this crumbled as MEI top leader, Said Mekhloufi shortly after, announced his withdrawal from the GIA, which he said was a mere political machine and had deviated from Islam. The Algerian massacres reached a dangerous peak in 1997. Much infighting and disorder was also featured among the various terrorist groups. Again, similar to situation with Nigeria today, as Algeria transitioned the 90’s, with talks, elections and increasing conflict, there was notable suspicion of government involvement in the chaos and deadly terror that claimed up to 150,000 lives.

Again, as occurs in Nigeria, according to Amnesty International and Human Rights Watch, attacks and massacres occurred in close proximity to army barracks’, with the soldiers reported doing nothing to stop the attacks and killings. Habib Souaidia and others who defected from the Algerian government, alleged that the security services had themselves committed some of the massacres [http://en.wikipedia.org/wiki/Algerian_Civil_War#cite_note-22]. Nigeria similarly has had a prominent head of Security, NSA Andrew Owoye-Azazi, allege that the ruling political party, PDP was behind the sudden sophistication and success of Boko Haram terrorism. General Azazi was sacked after he made the allegation and killed later that year in a suspicious helicopter crash in Nigeria’s south. There have been other strong allegations of direct government involvement or aggravated complicity in the terror crises from other agencies and players in Nigeria.

After the elections in 1996, as violence continued, the Algerian government took a decisive step to arrest the terror. It embarked on arming trusted civilians in the worst affected and most vulnerable areas, to defend themselves from the terrorists. This campaign was promoted aggressively on national television. The citizens were trained by the government military and given weapons. These armed civilians, the self-defense militia, (Groups for Legitimate Defense, GLD), who were also known as “Patriots,” successfully reduced the spate of attacks on prior defenseless communities.

Enter Abdelaziz Bouteflika in 1999: With his election victory, pro-army candidate, President Abdelaziz Bouteflika added certain measures to address the Algerian terror crises. He offered a limited, conditional amnesty to many repentant terrorists who had no blood or rape on their hands and promised fair trials for those who had killed civilians or soldiers. The Civil Harmony Act of July, 1999 granted pardon to Islamist fighters not guilty of murder or rape, if they turn themselves in. This succeeded in drawing in several guerrilla fighters to surrender their weapons. With the ‘Patriots,’ civilian defense and the conditional amnesty, terror deaths decreased from a monthly average of 200.

In 2005, the Algerian government passed the Charter for Peace and National Reconciliation, supported almost unanimously in a nationwide referendum. Legal proceedings were terminated on ex-militants and victims, and families of victims of terror were compensated. There was some opposition to this amnesty however, because it forced victims to forgive the perpetrators; which is contrary to divine laws.

As Nigeria grapples with identical terror crises, of similar design and with similar ethnic hired mercenaries at play, the approach of Algeria should be of paramount focus. A request for the permission to arm “Patriots” in Nigeria was presented to the Nigerian government on April 26, 2014, by ENDS as clamored for by the Civilian-JTF and other Nigerian youth determined to combat and eliminate Boko Haram terrorists and rescue abductees. Memo: “Request For Executive Authorization to Recruit, Mobilize, Train and Deploy Concerned Volunteers Against the Boko Haram Insurgency” [http://ends.ng/?p=864]. The government is yet to address this memo.

Algeria’s Abdelaziz Bouteflika, Monday the 28th, won a fourth 5-year term in a (contested) election victory. When the Nigerian president, Goodluck Ebele Jonathan extends his congratulations to 77 year old, wheel-chair bound Algerian president, it is urged Nigeria’s embattled ruler and state security chiefs attempt a conversation with the ailing Algerian leader on the approach his country utilized in ending the Algerian terror crises: the conditional amnesty for those not guilty of murder or rape, arming Patriots ‘GLD’ civilian defense militia and compensating victims approaches among other strategies that brought an end to the Algerian Black decade.