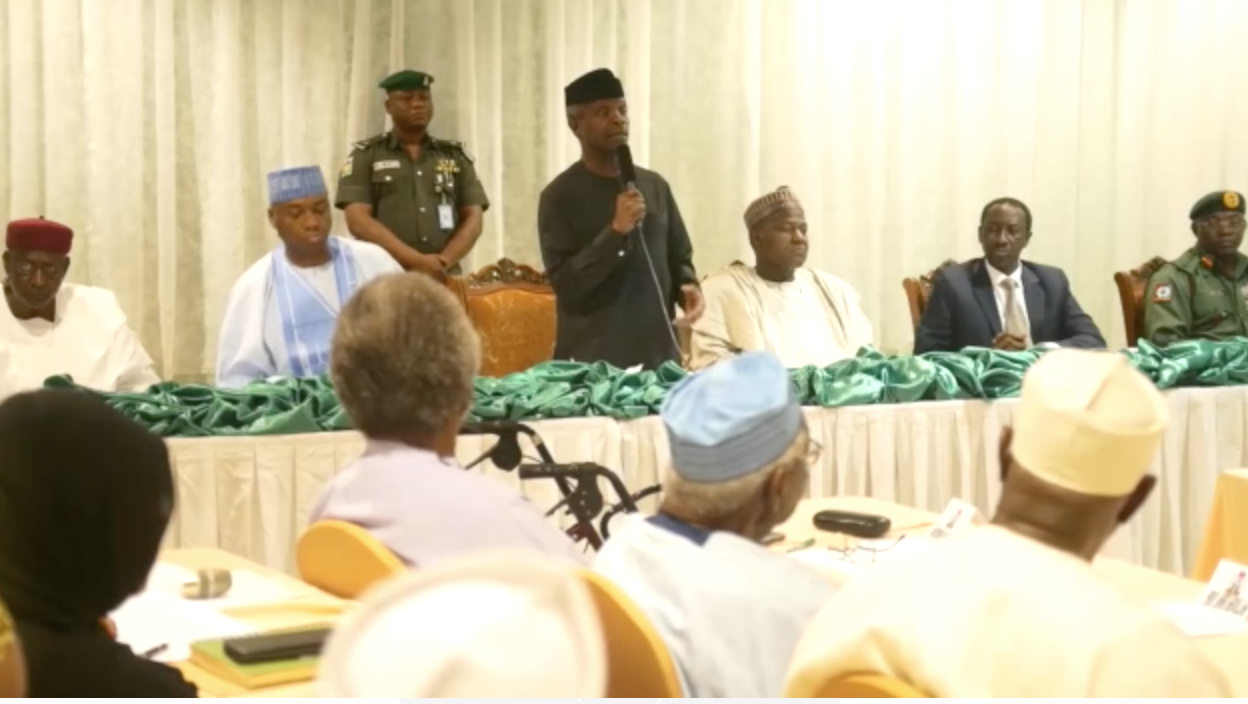 After inviting northern cabal and old goons over for a meeting, Acting president Yemi Osinbajo did the same with the who is who of the south.

The problem to some of us is obvious. Disrespect and disregard for the youth of Nigeria is glaring. That is, the same youth who actually urged in this administration while many in both lists above did nothing or not much. It is unfortunate that from one administration to another, Nigeria’s youth are only utilized for campaign tactics and thuggery, but once governing starts they are relegated to the sidelines.

In this particular instance, it has been virtually exclusively youth who have agitated for self-determination north and south. Does the Buhari-Osinbajo government think that it can entice the old goons it is meeting with to placate the infuriated youth who have decided to seek solace in ethnic patriotism where nationhood appears to have only favored PDP/APC politicians and their Nigeria PLC friends?

I have written several articles alerting on the youth revolution taking place. Perhaps I am wrong and Osinbajo is right. Lai Mohammed has assured the people that the situation is under control. We’ll pray and watch.