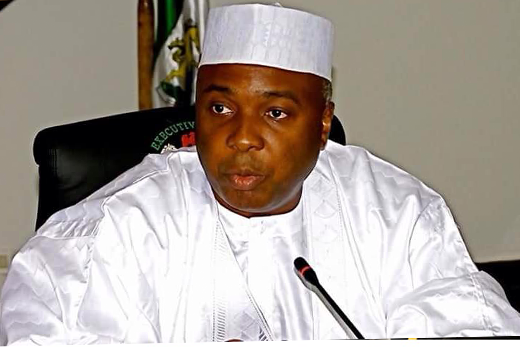 Our attention has been drawn to statements credited to the Senate Committee on Power, Steel Development and Metallurgy Thursday, 14th December 2017, disparaging the Energizing Education Programme (EEP) of the Rural Electrification Agency (REA) in conjunction with the Ministry of Power Works and Housing which is aimed at providing uninterrupted power supply to the nation’s Federal Universities and 7 University Teaching Hospitals.

The Senate Committee had described the project as mere “street lighting” project during the budget defence of the REA. We find this very laughable because the brief of the EEP as expatiated by the REA Managing Director during the budget session had stated otherwise. We condemn, in the strongest terms the attempt by these self-serving lawmakers to derail a project that will bring succour to students and enhance learning by bringing epileptic power supply to an end in our citadels of learning.

The first phase of the project which was factored into the 2018 budget will benefit 9 universities and one University Teaching Hospital spread across the six geo-political zones. It is therefore inconceivable that the people’s representatives are attempting to obstruct the project based on frivolous arguments.

The committee had questioned the rationale behind projects citing the privatisation of power forgetting that States like Lagos are already generating and distributing off-grid captive power that has been providing uninterrupted power supply to State institutions, General Hospitals amongst others. It also questioned the “locus standi” of the REA to implement the project, turning a blind eye to the fact that most of the universities are in rural areas and adjoining communities will also enjoy uninterrupted power supply on completion of the programme.

Based on these facts, we commend the Buhari administration for thinking out of the box to address the perennial power shortages that has adversely affected academic activities in our varsities. We express our unalloyed support for the Education Energizing Programme (EEP) and we put the Senate Committee and indeed the National Assembly on notice that we will resist any attempt to obstruct or derail the implementation of this laudable project in the 2018 fiscal year.

As representatives of students in the country, we are ready to use every legal means at our
disposal to ensure that the EEP scales through at the National Assembly. Any representative that stands in the way of it will be treated as anti-people. We earnestly hope that sane reasoning prevails.