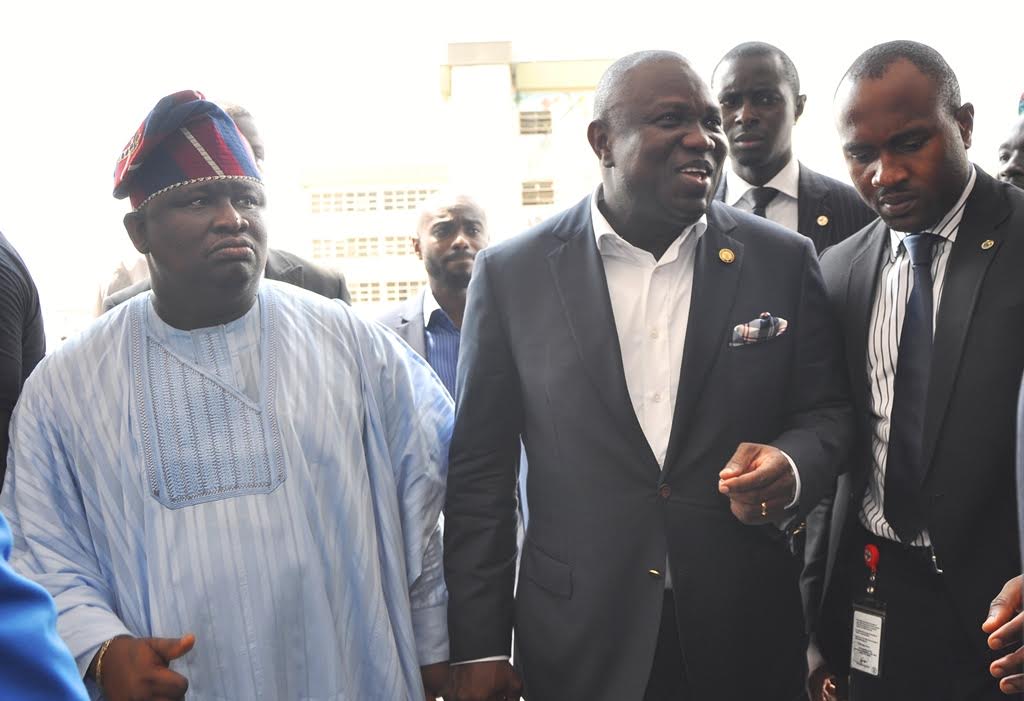 The Senator representing Lagos West Senatorial District, Senator Solomon Adeola has commended the Lagos State Governor, Mr. Akinwunmi Ambode for the huge investment in provision of security in Lagos state as only a secure environment is conducive to economic and social development.

Reacting to the recently commissioned Police helicopters, patrol boats, vehicles and other security gadgets by the governor of the state, Senator Adeola stated that the status of Lagos State as a mega city makes it imperative that its security must receive special attention from all tiers of government stressing that there is need for the Federal Government to further compliment the efforts of Ambode in provision of security in view of the status of the state as the former federal capital and the economic nerve centre of the nation.

“Lagos state deserves a special status in the area of security in view of its being the economic nerve centre of Nigeria and it burgeoning population as a megacity. There is need for more security infrastructure for the state as its population of over 20 million of all manner of people from across Nigeria and beyond indicates the likelihood of high incidents of crimes over time” the senator stated.

Senator Adeola who represents the largest senatorial district in Nigeria in terms of population said the level of criminality in Lagos State is not radically different from that of any other state adding that the seemingly high incidents is a reflection of the huge population of Lagos State which is  thrice or quadruple of most states of the federation.

“Reports of high incidence of crimes in Lagos in recent times are only a reflection of the dire economic situation of the nation and the massive concentration of people in millions in Lagos State. For instance if you have a 1% incidence of crime in a state of say 2.5million, then it is conceivable that percentage will be higher in a  cosmopolitan
state like Lagos with over 20million person couple with the reportage of the incidence by the media which is equally concentrated in Lagos” Senator Adeola argued.

The senator said that with the new equipment provided by Lagos State Government and a pledge by the Federal Government, criminals are in for a bad time in Lagos State.