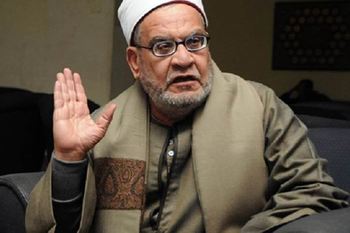 A senior Egyptian scholar warned that Wahhabi ideology is taking ground in Egypt and threatening the moderation Egyptians are famous for.

Wahhabism is a strictly orthodox sect founded by Muhammad ibn Abd al-Wahhab (1703–92) in Saudi Arabia. The ideology has given rise to extremist and terrorist groups like al-Qaeda and Daesh (ISIL).

Sheikh Karima criticized the approaches taken by successive Egyptian governments toward Wahhabism that have led to the spread of this extremist line of thought in Egypt.

Over the past years, some extremist groups have been active in Egypt and militants affiliated to these groups have been carrying out deadly attacks, taking advantage of the turmoil caused in the North African country after democratically-elected President Mohamed Morsi was ousted by the military in July 2013.