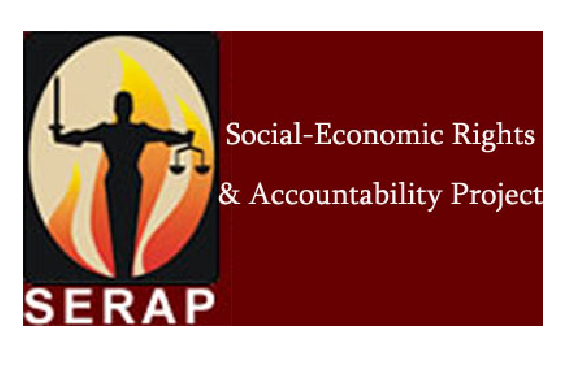 Socio-Economic Rights and Accountability Project, SERAP, has urged Minister of Finance, Dr. Ngozi Okonjo-Iweala to “embrace constructive engagement on issues of human rights, transparency and accountability,” and “to avoid sound bite and opportunistic attacks on civil society organizations simply working to make the government fit for purpose so that it can function to improve the conditions of millions of marginalized and disadvantaged Nigerians.”

SERAP’s comments came after Mrs Okonjo-Iweala last week in a statement lambasted the group for instituting a lawsuit against her over the claim by a former Central Bank governor, Chukwuma Soludo, that Nigeria has lost as much as N30 trillion to corruption and mismanagement.

Mrs Okonjo-Iweala said it was “a politically motivated suit against her based on the discredited N30 trillion allegation by Professor Charles Soludo. The suit confirms that SERAP is nothing but a political tool of the opposition hiding behind the façade of advocacy. Like their previous efforts, this latest one will fail because Nigerians can see through their antics.

The latest in the campaign of falsehood and politicization of the economy by persons and groups who are getting more desperate by the day, because the economy, despite their propaganda, was still standing and will continue to stand. We look forward to meeting SERAP in court.”

But SERAP in a statement, yesterday by its Executive Director, Mr Adetokunbo Mumuni, said “We are disappointed that Mrs Okonjo-Iweala’s response offers little in terms of dealing with the real issue and why the Minister failed to respond to a valid freedom of information request made under the law signed by this government.

”While we do not intend to go into the substance of the case now in court, we are compelled to respond to the misleading and entirely unfounded allegation that SERAP is a tool in the hand of the opposition party, All Progressives Congress, APC.”