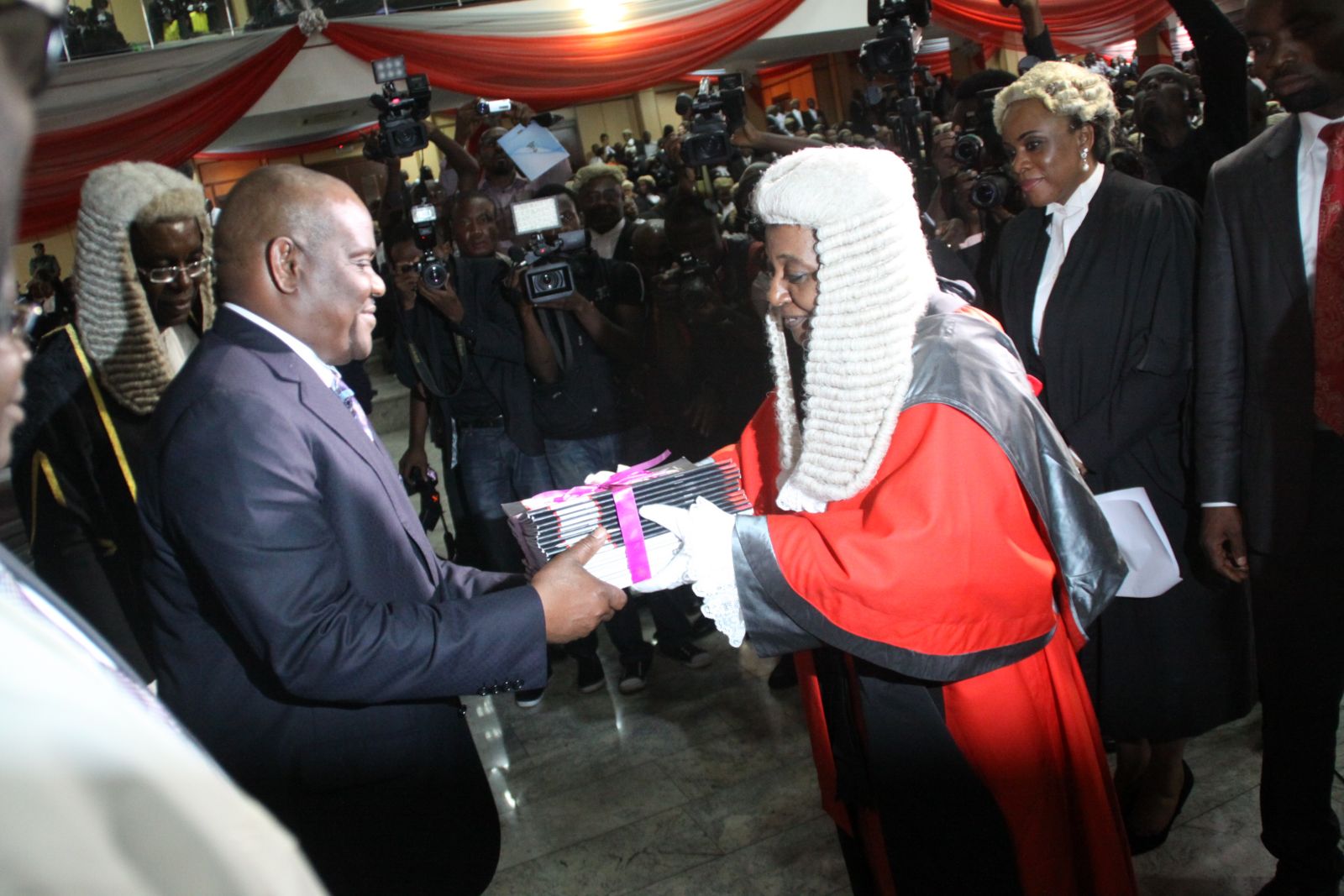 The Head of Presidential Anti-corruption Committee, Prof Itse Sagay, has again voiced his concern over some recent rulings of the Supreme Court on election petitions, particularly those held in Rivers and Akwa Ibom states.

Sagay, who spoke with newsmen at the Olu Palace, Warri on Saturday, warned that the rulings, which allow people who were declared winners without elections in spite of copious evidences of irregularities and heavy human and material casualties, set a dangerous precedent in the history of elections.

“The judgements are very perverse, particularly relating to Akwa Ibom and Rivers. Everybody knows that there were no elections in those two states.

“Everybody knows that people like Wike climbed into the governorship seat over dead bodies and over the blood of human beings. There were no elections, they wrote the results; the evidence is there,” he said.
According to Sagay, what the Supreme Court has done is to set the clock of electoral excellence and fairness and credibility back by, ” I do not want to say a thousand years, but certainly it is taking us back to where we were before Jega came in and sanitize the system.”

“We are going to have primitive and barbaric electoral culture; ‘kill as much as you can, destroy as much as you can, create as much catastrophe, but if you can find yourself on that seat, you are confirmed, regardless of the means by which you got there’.

“That is a very major setback to democracy and the rule of law,” he said.

Similarly, the erudite constitutional lawyer also flayed the present crop of Supreme Court judges, insisting that they have degraded the court from decades ago when the Nigerian Supreme Court was ranked among the best in the world.

“I remember 15, 20 years ago, we had a Supreme Court that is the best in the world – better than the one you have in the US. That was when you had Justices (Kayode) Eso, (Andrew) Obaseki, Anyagolou, (Adolphous) Karibe-Whyte, Bello and so on. Those people brought a culture to the Supreme Court and most of us thought when they left the culture would remain but it hasn’t.

“So I think their orientations are different. I think the older ones who are gone believed that justice was number one. In such a case, you ask where does the justice lies? They now interpreted the law in line with justice.

“But now what we have is a group of people in the Supreme Court, who do not care where their legal interpretation is leading them. Once you have a divorce between law and justice, the whole legal system will break down and that is what has happened,” he added.

Prof Sagay has also called for disciplinary actions against Senior Advocates of Nigeria (SANs) and other senior lawyers who are seen to be encouraging corrupt politicians and looters of the nation’s treasury.

He said, “There are a group of senior lawyers who have totally departed from anything that the calling of the law profession requires; they have thrown in their lots with the looters and have become, I won’t call them fellow looters, but definitely, they have started enjoying and sharing in the proceeds of crimes of these looters and because of that they are absolutely now against the anti-corruption law.

“There is need to have these Senior Advocates thoroughly disciplined and if they would not accept discipline, they need to be removed from the profession before they bring more disgrace to the profession and at the same time drag this country down economically.”

‘Wike climbed into the governorship seat over dead bodies’