President Muhammadu Buhari has described the relationship between Nigeria and Saudi Arabia as mutually beneficial, while expressing the hope that it will grow stronger in the coming years. 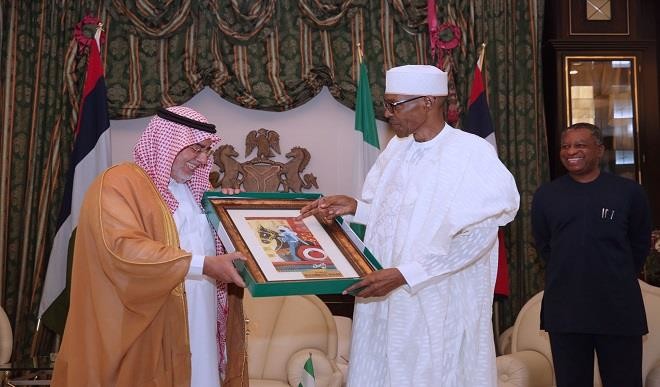 The President said this when he received the outgoing Ambassador of the Royal Embassy of Saudi Arabia, Fahad Bin Abdullah Sefyan at the State House, Abuja on Thursday.

Buhari observed that the relationship between the two countries was strong, adding “apart from visiting Mecca and Medina for religious reasons, a lot of Nigerians are in Saudi Arabian universities’’.

Speaking on agriculture, the president said that the last farming season was quite good, and the Nigerian economy was gradually picking up, adding that both countries would collaborate in more areas in the future.

“I quite appreciate the relationship between the two countries,’’ the President said.

Amb. Sefyan, who spent 20 months on tour of duty, said he wished he could stay longer, only that he was due for retirement.

He commended Buhari for visiting Saudi Arabia in February 2016, and urged reciprocal visits between both leaders.

The outgoing Ambassador also commended the President for his efforts in tackling the insecurity challenge in Nigeria.

“I think you are doing very well your Excellency. We know what you have done with Boko Haram, and we commend you.’’ (NAN) SYC/EEE