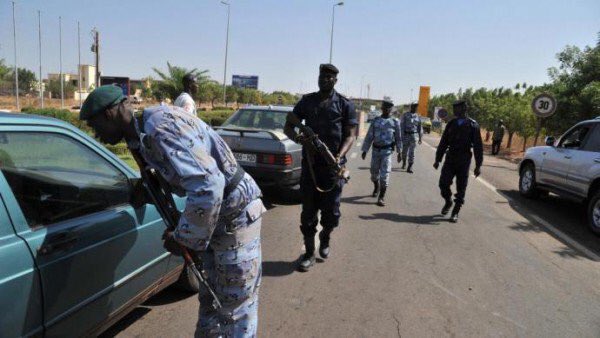 A 190-room luxury Radisson hotel in Bamako, Mali, West Africa, is under attack from jihadists. Shooting and blasts are heard, and a hostage situation is under way, and state TV says that 80 of the 170 hostages have been freed.

“As per our information the persons who have entered the building and have initiated the hostage-taking have locked the property, so it is not locked by police or other forces,” the spokesperson added, according to NBC News.

However, a senior security source put the number of gunmen in the hotel at 10, Reuters reported.

At least three people have been reported dead, two of them Malian, and one French, according to local media.

Among the hostages are US, French and Chinese citizens, according to media reports. Some reports suggest they include French military, Air France employees and Thales [major electronic systems company working in defense and aerospace] personnel.

A Chinese guest at the hotel told China’s Xinhua news agency via a mobile app that he was one of the hostages, the BBC reported.

Six Turkish nationals are also inside the Radisson Blu hotel in Bamako.

“There are six Turkish Airlines personnel in the hotel,” Reuters cited a Turkish official as saying.

Gunmen have reportedly let some hostages go, including those able to recite verses of the Koran, security sources told Reuters.

The president of Mali has interrupted his visit to Chad, and is heading back to his country following the hostage-taking at the Radisson hotel.

There are no UN employees among the hostages, according to the UN’s mission in Mali.

Africa’s richest man, Aliko Dangoté, who is in Mali on a business visit and was welcomed by the country’s president and premier, has been staying at the Radisson Blu in Bamako, local media reported.

Witnesses at the scene have reported that the attackers arrived in a diplomatic vehicle, and are now “walking quietly”around seven stories of the hotel. “It’s happening on the seventh floor, the jihadists are now shooting in the corridor,” the security source also said.

The Radisson Blu hotel is considered a major local hub for expats and tourists.