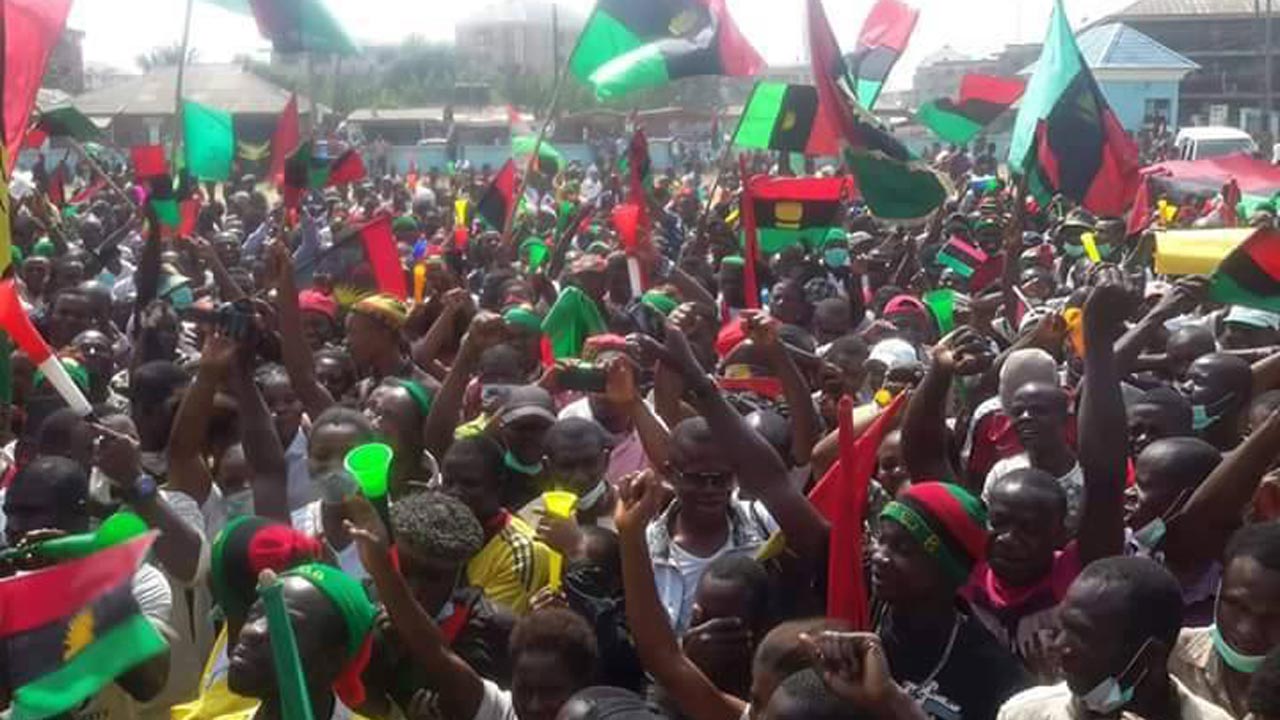 After several illegal pronouncements, the Buhari government has finally followed the constitutional route to proscribe IPOB as a terrorist organisation.

The Hon Attorney General, Abubakar Malami, SAN, was in court today and argued a case for the proscription of IPOB. The order was granted by justice A. A. Kafarati of federal high court. IPOB is thus proscribed pursuant to presidential approval sanctioned by the court in line with section 2 of the terrorism Act 2011 as amended. It is now judicially noticed that IPOB is a terrorist organisation.

IPOB members will now have to abandon the named group and continue their agitation under a different platform. 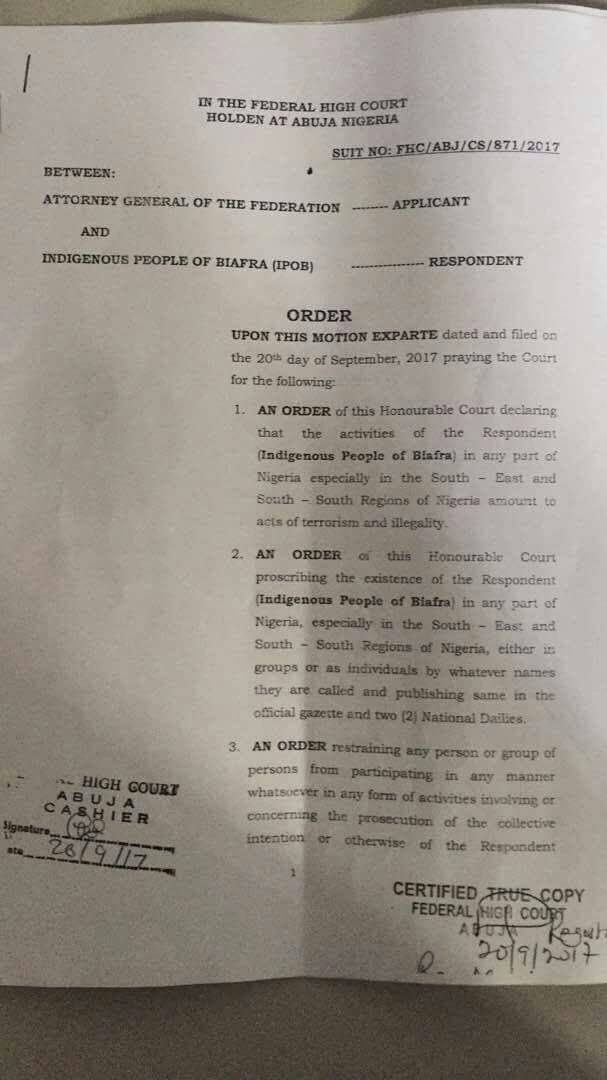