Sex Scandal, The National Assembly And The Tragedy Of Nigeria, By Inibehe Effiong

The current sex scandal rocking the House of Representatives is another tragic testament of the crop of legislators that we have in the National Assembly. Our lawmakers are perennially in the news for bad and ugly reasons. Members of our unproductive and expensive National Assembly have acquired an enviable trademark: They are notorious for myriad of unpatriotic and unpleasant things, including: stealing constituency funds; collecting kickbacks from the Executive before discharging their constitutional functions; introducing obnoxious bills, receiving bogus and outrageous allowances and other vices. 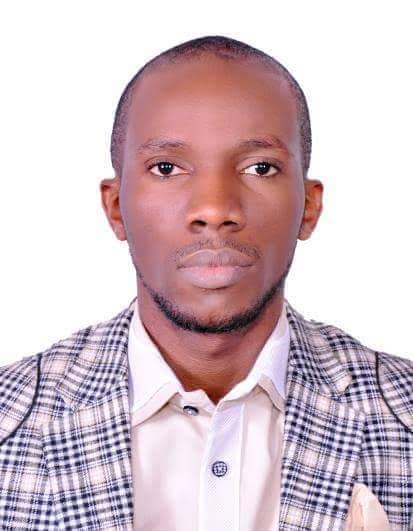 The United States Ambassador to Nigeria, Mr. James Entwistle, in his June 9, 2016 letter to the Speaker of the House of Representatives, Yakubu Dogara, stated, “It is with regret that I must bring to your attention the following situation.

“Ten members of the Nigerian National Assembly recently travelled to Cleveland, Ohio, as participants in the International Visitor Leadership Programme on good governance.

“We received troubling allegations regarding the behaviour of three members of the delegation to the US Government’s flagship professional exchange programme.

“Mohammed Garba Gololo allegedly grabbed a housekeeper in his hotel room and solicited her for sex. While the housekeeper reported this to her management, this incident could have involved local law enforcement and resulted in legal consequences for Representative Gololo.

This scandal is a lesson to all of us. It evinces the unity and solidarity of the Nigerian ruling class. We can see clearly that politicians of diverse religious, ethnic and political identities are united in sharing our collective patrimony and satisfying their egregious interests.

Nigerians should wake up and refuse to be manipulated by politicians. Where was religion, ethnicity and political party affiliation when the trio of; Mohammed Garba Gololo ( APC, Bauchi), Samuel Ikon (PDP, Akwa Ibom) and Mark Gbillah (APC, Benue) came together in the United States of America and conspired, planned and executed their scandalous sexual expedition?

Mohammed Garba is from the North East, he is a devout Muslim and possibly a supporter of Sharia. Sam Ikon is a former Speaker of the Akwa Ibom State House of Assembly, a practicing Christian and an Elder in the Apostolic Church of Nigeria. He is from the South South. Mark Gbillah is a Christian from the Middle Belt/North Central. While Garba and Mohammed are members of the ruling All Progressives Congress, Ikon is of the opposition Peoples Democratic Party.

Interestingly, the trio never adverted their minds to their different geo-political zones, ethnicity, religion or political party when they sought to have a taste of American prostitutes and women. They forgot their so-called differences and plotted how to engage in insatiable sexual exploits in the United States.

However, when our politicians want power, they will remind us, the citizens, of how much we are different. They will tell us that Islam has nothing to do with Christianity. They will tell us that Muslims are planning to Islamise the country. My fellow compatriots, the next time you want to display your deep hatred for the APC and undying love for the PDP, before you allow your support for the APC to becloud your sense of judgment, remember the striking story of these three lawmakers.

This scandal is a national embarrassment. It is a serious dent on the green passport. As elected representatives, the indicted lawmakers were expected to exude a higher moral and ethical standard. They had a duty to be responsible ambassadors of the country. However, they choose to listen to the lustful voice of the flesh.

Unfortunately for them, America is not Nigeria where anything goes. Respect for human dignity is a sacred principle in the American society. Back home, the trio can easily have sex with vulnerable girls who are young enough to be their daughters and “high class” women of choice. They can be easily serviced by women who are desperate for money. Their numerous Personal Assistants (PAs), Special Assistants (SAs), and so on will happily and dutifully arrange women for their “Ogas” from the nearest tertiary institution, brothel or other places where women of easy virtue are always on the stand-by to service rich men with uncensored libidos. A Nigerian “runs girl” who is contracted to satisfy the sexual adventures of an honourable(?) member of the House of Representatives will likely give a testimony before a Church congregation and even pay tithe for experiencing a level of grace that she cannot understand (Apologies to Ese Walter of COZA).

The fact that an “ordinary” housekeeper and hotel parking attendants resisted sexual overtures from our pompous honourable(?) members and even reported their misconduct to the authorities, bears eloquent testimony of the disparity between the American and the Nigerian society.

In the United States, institutions are effective. Victims of sexual molestation, rape, child abuse and other crimes are guaranteed access to a fair justice system and an independent and transparent judicial process. Public officers in the United States are conscious of the high standard expected of them by the American public. They are very aware of the fact that their personal lives and conduct are being scrutinised by the American society.

In contrast, human life and dignity in Nigeria is treated with utter disdain by our law enforcement agencies and ridiculed by public office holders. When a poor man commits a crime, it is either the culprit is attacked or killed by a mob or the institutions of the state will be deployed ferociously against him. But when a similar or worse crime is commited by the influential members of the society, the same mob will help the influential figures to escape justice by patronising them as their brother or sister who is only being witch-hunted due to political, ethic or religious reasons. The law and the judicial system that treated the poor man mercilessly will suddenly become weak and ineffective in favour of the rich and powerful.

In our country, the system does not respect the most basic rights of the citizens. Politicians can do the most despicable things and get a standing ovation from their supporters and sycophants. Stockholm syndrome has infected a large segment of the Nigerian society. We are polarised even on the most basic issues that affects our collective wellbeing according to our divergent political, religious and ethnic inclinations. This is a country where a former governor, Senator Sani Yerima, brought a 13 year old Egyptian girl and married her without consequences in total disregard to the provisions of the Child Rights Act 2003 which limits the age of marriage to 18. Yerima had and still have large followers and sympathisers who are ever ready to denigrate and attack anyone that queries Yerima’s exercise of his “divine” right which according to them, is not subject to the secular laws of Nigeria.

The failure of the American government to stop the affected lawmakers from leaving the United States is a bad precedent. Their travel documents should have been seized pending the outcome of investigation into the matter. They should have been subjected to the American criminal justice system and prosecuted for the alleged misconduct and offences based on the United States Code. State immunity is only accorded to Presidents and Heads of State in International law. The fact that the lawmakers hold diplomatic passports does not exempt them from criminal investigation and prosecution abroad.

The resort to diplomatic protestation is rather too civil and patronising. As expected, the affected lawmakers have issued strong worded statements denying any form of simplicity and threatening legal action against the United States Government and its Ambassador in Nigeria. Luckily for them, a great percentage of the Nigerian public accords politically exposed persons a presumption of “witch-hunting” whenever their conducts are subjected to legal and moral scrutiny. The three federal lawmakers will be given the benefit of doubt by fellow parliamentarians, some of whom have indulged in this appalling act in the past. They may easily compromise a section of the media to change the narrative and suppress further reports on the scandal.

I am not unmindful of the fact that the three lawmakers have not been found guilty of any offence by any court of law. They are entitled to fair hearing and other allowances recognized within the international and national legal system. However, it is unlikely for the United States government to act impulsively and make such weighty allegations without conducting thorough investigation. This assumption is buttressed by the fact that the United States Embassy in Nigeria has written to the lawmakers informing them of the cancellation of their American visas as reported by the Punch Newspaper.

The hard truth is that having sex abroad is an unwritten privilege that our public office holders have always enjoyed. The Nigerian vagina (pardon the salacious expression) is just not enough for “a whole” member of the National Assembly. With this scandal, our lawmakers and other public office holders will have to take their concubines and mistresses with them whenever they travel for any of those “official national assignments” in the future”. This will invariably lead to more capital flight. That is the economic implication of this scandal.

This scandal is an indictment on our leadership recruitment process. We need to look beyond stomach infrastructure, religion, ethnicity and political party sentiments if we must overcome the prevailing plague of bad representation in the National Assembly and the cancerous effects of corrupt and irresponsible leadership in Nigeria.

Inibehe Effiong is a Legal Practitioner and Convener of the Coalition of Human Rights Defenders (COHRD).

Mo Ibrahim Fails To Give Prize To ...