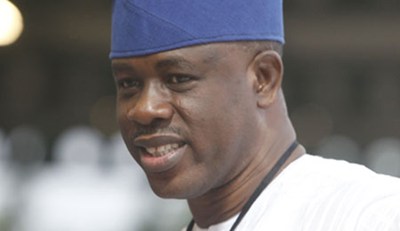 The libel suit filed by a former Minister of State for Defence, Mr Musiliu Obanikoro, against some media organisations on Friday suffered a temporary setback as court refused his application to restrain them from further publications about him.

An Ikeja High Court refused Obanikoro’s request for an order of injunction against online news publications — Premium Times, Sahara Reporters and the publisher, Mr Omoyele Sowore and the Punch Newspapers.

Justice Oluwatoyin Ipaye, in her ruling, described Obanikoro’s application as lacking in merit. She said:“There is nothing before the court that shows the applicant will suffer more harm if the injunction is not granted.

“It is an error to seek to restrain a publisher of an article on the grounds of libel if there is no proof before the court that such material is libelous. “I am persuaded that this application has no merit and an injunction is not appropriate in the circumstance.”

The News Agency of Nigeria (NAN) reports that Obanikoro had on Feb. 10, 2015, filed a suit after the defendants allegedly published an audio of how Obanikoro with others purportedly plotted to rig the 2014 Ekiti governorship polls. On Feb. 5, Obanikoro filed an application for an interlocutory injunction restraining the defendants from publishing “harmful materials’’ against him pending the determination of the suit. Obanikoro, in his application, had claimed that the defendants had published “very damaging material’’ which made him to suffer various “political and personal losses.

The former senator had also requested for an order of court compelling the defendants to retract all the “damaging’’ news publications via a letter of apology in their various media. At Friday’s proceedings, Obanikoro was represented by a lawyer, Mr Chukwudi Enebeli, while Punch Newspapers were represented by Mrs O.H. Nurudeen.

Sahara Reporters, Premium Times and Sowore have not made appearances in court since the case started. The judge adjourned the case pending when the defendants would file their replies to Obanikoro’s application.