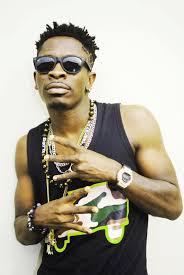 The release of Dancehall king and enter the net recently the hottest songs in Ghana right now have made Shata Wale Bandana one of the most sort out Ghanaian artists. Almost every show has his name on it and as has been the tradition among Ghanaian musicians, they do as many shows as possible to save money for the coming years when their fame will no longer be the center of attention in the industry. However it’s preposterous to hear artist charge as much as ₵300,000,000 for a show. And what’s even worse is when the artist demands for payment for a show even when the show did not take place. It is alleged that SHATA WALE BANDANA is headed to court to demand for ₵150,000,000 an event that did not take place in November.

Shata Wale Bandana is demanding ₵150,000,000 from the event organizer for a show that did not even take place. According to our source, Shata Wale and the Mamprobi Police, have earlier arrested the event organizer and demanded ₵300,000,000 before his release. The amount was later reduced to ₵150,000,000. The student event organizer who was released on court bail according to our sources, pleaded with SHATA WALE so that the show continues, that way they can raise the money to pay him. Shata Wale refused and asked to be paid that amount else he will take the matter to court.

A source close to the event organizer told Flex newspaper that, they were still in talks with Shata Wale’s management when the arrest was instigated. According to our source, the organizing team decided to go ahead with publicity of the show with the hope that they will raise enough money to pay Shata Wale. Two days before the event the police officer whose name was given as Bruce Nana-Atta impersonated a fan in need of 50 tickets for the show. When the organizer showed up with the tickets he was arrested and released on court bail the following day. The show has since been canceled, but Shata Wale insists he wants his money.

This shows how greedy an artist can be and be in gathering his worth in desperate times. Shata Wale is known for his impudence and rogue lifestyle which is attractive to the youth, but greed is a vice that is yet to be added to his long list of transgressions. Some sources also alleged that these actions are not necessarily the will of Shata wale but people around him who wish to take advantage of his fame to accrue money. Whether Shata wale is right or wrong in his recent action we leave the judgment to the public. All efforts to contact Shata’s management for a response has been fruitless.