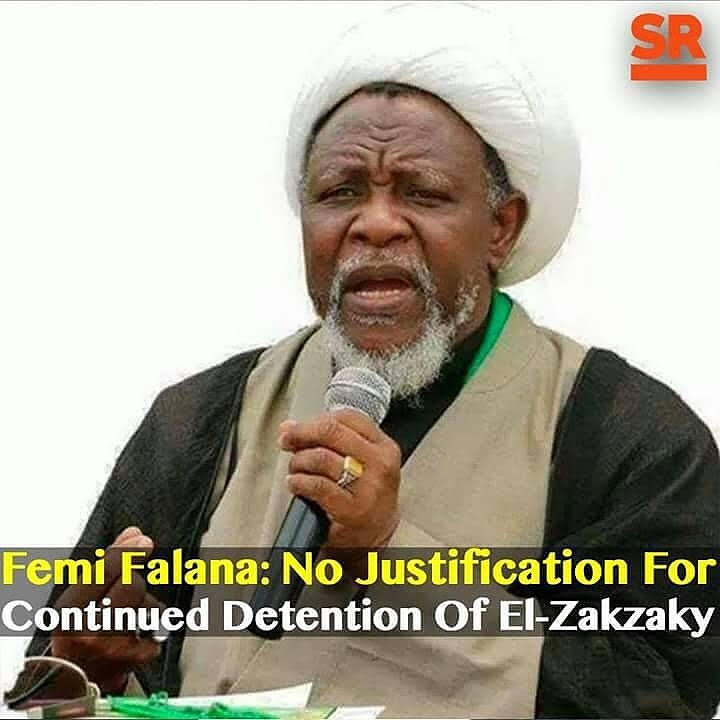 Everyone that was abreast with the occurrence in the Zaria pogrom was shocked by the claims of the Presidency through the spokesman Garba Shehu that they are keeping the leader of the Islamic Movement in Nigeria (IMN) Sheikh Ibraheem Zakzaky for his safety and with his consent.

This is a shameless claim they are mentioning to the world in which everyone is aware that the IMN leader is being kept incommunicado and not even his lawyers are allowed to see him.

Yes it is a concocted lie but not without a reason most especially as their plot of killing the IMN leader, dispersing his followers and banning his Movement are yet to be achieved as directed by their masters in US, Israel and Saudi Arabia.

So far they are yet to receive a nod from them to release the IMN leader while they have also failed in their plot of killing the IMN leader, dispersing the Movement and outlawing it.

They have now turned into executive liars to save their heads from shame. How could the persons that wanted to kill you and had exterminated part of your family that include three of your promising sons, your elder sister and nephew both of who they burned alive, killed almost a thousand of your followers and buried them in mass graves some of them alive and demolished your religious centers and residence and yet shamelessly come out to claim that they are protecting you.

What kind of protection are they giving you when they have shot you severally with the intention of killing you such that you have lost one eye as a result and they have also shot your wife severally in the abdomen after brutally killed your sons in your presence? This is ridiculous.

If there is anybody that is a threat to the life of Sheikh Zakzaky, it is one of those that have been hunting his life and those of his followers that include President Buhari, Lt. General Tukur Buratai, Nasir El-Rufai, Boko Haram, US, Israel, Saudi Arabia and Wahhabi/Salafi sectarians. All these belong to the same camp and are working for one person.

The vivid logic behind their claim of protecting the IMN leader is nothing but the truth that they want to propagate the lies enough before they release him so that when they release him they will then assassinate him and claim that they said it. It is a mischief and a hypocrisy they are depicting. If they have their way they would kill him while he is still with them.

It is clear just as it has been that they are guilty of whatever may happen to Sheikh Zakzaky because they are the ones that have shown interest in his life and the lives of his followers. They have mentioned this claim of protective custody in court but have not been able to defend it and now they are using it as a joker to the public.