Shekau New Video: If You’ve Defeated Us In Sambisa, Where Are Your Police Wives 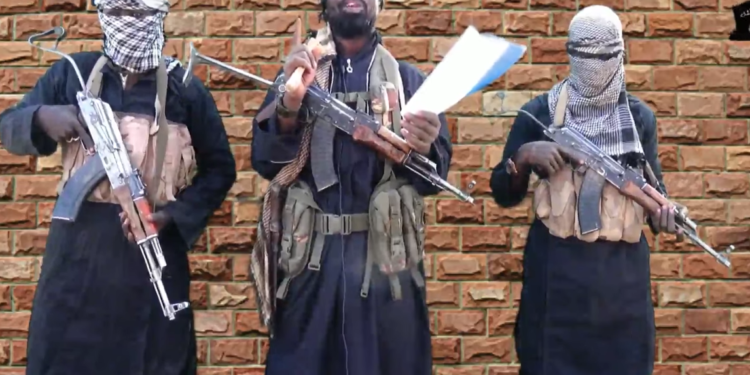 Abubakar Shekau, the leader of the Boko Haram terror group released a new video where he threatened more violence in the northeastern region of Nigeria.

Abubakar Shekau, the leader of the Boko Haram terror group released a new video where he threatened more violence on the northeastern region of Nigeria.

Shekau bragged that his fighters are still solidly in Sambisa, if not, “where are the police wives that are being arrested by us”. Shekau appears to lack the usual bluster in his previous videos but regardless was about to dispute claims by the Nigerian military that the dreaded sect has been completely defeated.

Boko Haram is currently holding many girls kidnapped from Chibok High School in April 2014, as well as several policewomen and university professors kidnapped during oil exploration in the northeast.