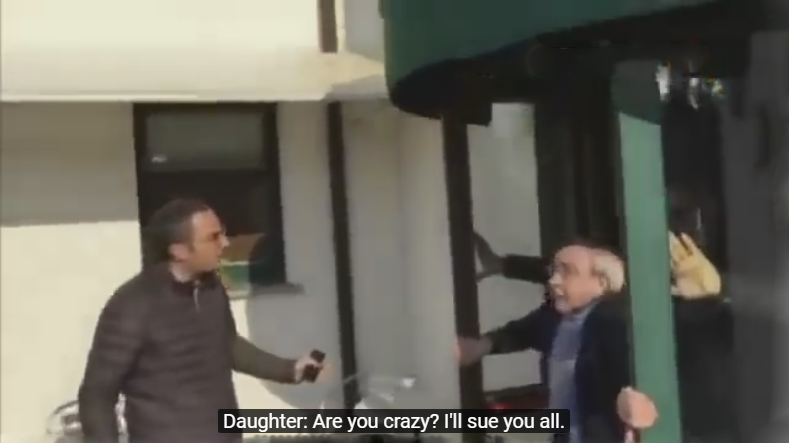 Shock video footage out of Italy shows an 80-year-old hotel owner being forced by police to house numerous African migrants as he desperately tries to resist government confiscation of his property.

The old man seen in the video is Luigi Fogli. He runs Hotel Lory in Ficarolo, in the province of Rovigo.

Fogli briefly looked into providing asylum accommodation services for migrants arriving from North Africa but dropped the issue when he discovered he would only be paid 7 euros per night for each “refugee”.

“At that point, the local prefecture simply confiscated his hotel and forced the invaders upon him,” reports Diversity Macht Frei.

The video shows Fogli attempting to barricade the doors to his hotel while telling police, “This is not yours! No, they won’t come inside!”

Police claim they are just doing their “duty” before telling Fogli that if he doesn’t hand over the keys to the hotel rooms, they will break in.

“Do you want to put them in my apartment too?” Fogli pleads as the migrants enter the lobby of his small hotel.

It was also reported that Fogli later fainted as a result of the stress he endured.

Similar cases are happening across the country, with DMF reporting, “In some places, as in the incident described above, the proprietors resist; in other cases they cooperate and defence is left to the local citizens.”

Meanwhile, citizens across Europe are receiving home visits and even being arrested for merely criticizing their government’s open door policy on migrants.

In the Dutch town of Leeuwarden, 20 opponents of a plan to establish an asylum center in the area “received police visits at home,” with others being warned to watch their “tone” on social media.