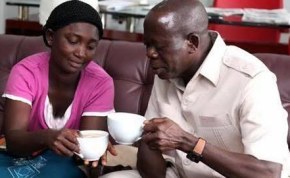 …I don’t want to be used for politics

A widow -turned celebrity, Mrs. Joy Ifijeh has explained why she shunned the N250, 000 offered to her by the Peoples Democratic Party in Edo State.

Mrs. Ifijeh asked the PDP to give the money to other widows in need, saying, “I don’t want people to use me for politics.”

She spoke shortly after collecting her letter of appointment at the office of the Secretary to the Edo State Government.

She promised to lead in the campaign against street trading and selling on walkways because she has learnt her lessons.

She, however, called for assistance in the bids to collect her late husband’s benefits from the police authorities.

Mrs. Ifijeh said her husband died last year shortly after graduating from an Inspectorate course, adding that all efforts to collect his benefit were not successful.