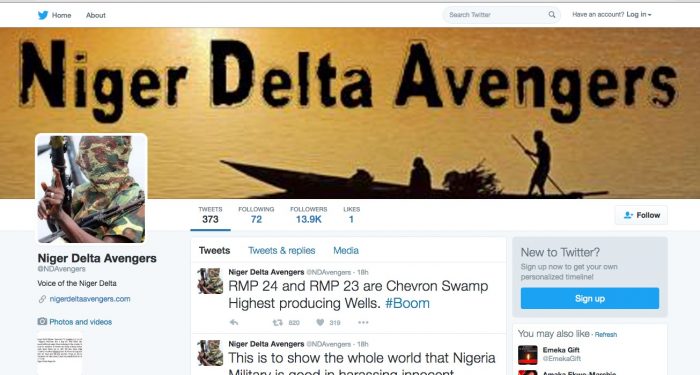 One inherent challenge associated with opinion writing in Nigeria is that intellectually, opinions are more often accepted but politically rejected without justification;  a development that presents the writer’s effort as a baggage of goodness without good luck. However, despite these incessant rejections, opinion writing neither abates nor wanes.  Instead, it increases geometrically with a torrent of it coming from respected religious organizations, socio-cultural bodies, ethnic/tribal organizations and talented Nigerians well educated to build a modern nation.

Regrettably, while these opinions are being rejected daily, the issues/ challenges they were tailored to solve lingers, the nations’ resources deplete, political/ economic growth stunts, the masses suffer while the less fortunate but innocent citizens die as we are currently witnesses to tears.

Keeping the issues where they are, it is the rejection of calls for the nation’s restructuring that propelled the proliferation of local groups/militias that now champion unrests across all geopolitical zones. With each singing in discordant tone, proving to be more Nigerian than the other while promoting tribal loyalties as against common sense of nationhood.

Adding fire to the controversy is the advent of the Fulani herdsmen thoughtless killings of defenseless Nigerians and the recent memo (a few days back) from the Avengers threatening to resume hostility in the oil-rich Niger Delta region. A development that has become a familiar music act but must not be handled with levity. Equally, our nation’s inability to heed the call for the reform of our civil service has finally bogged down the public sector with bureaucracy and corruption, made fuel scarcity and unemployment natives.

Looking at this crowd of a challenge, it’s obvious that our leaders have deceptively held a false hope before Nigerians which has finally been swept away by the current happenings. Hence, silence is no longer convivial, and inaction has become uneconomic to us as a nation.

Instructively, we must grow as we cannot afford to shrink.  And the changes that will generate this needed growth is accentuated in the torrents of opinion already expressed by the masses.

Notably, I am aware that the most attractive thing on earth is what we did not say or communicate. I am equally aware that encouraging brothers to be accommodative is important but asking if, and how to co-habit is the real leadership. In like manner, that platform where the nation can ask these solution-oriented questions in a solution-oriented approach is what we seek.

Put differently, the notion by many that the above is difficult to achieve is erroneous to my understanding as the opinions, memos, reports and abandoned discourse are readily available for the Federal Government to access.

For a deeper understanding of this call, I am aware that some opinions are lacking in merit as they are laced in selfishness and garnished with ulterior motives. But in the same manner, without opinions expressed by the masses, without reliable criticism, and intelligent reporting, the government cannot govern. For there is no adequate way in which it can keep itself informed about what the people of the country are thinking, doing and wanting’.

Against this backdrop, it will be gratifying if the leaders revisit the heap of opinions rejected by the successive administrations as inaction via systematic avoidance will continue to propel the agitation looking at history.

Explicitly, ‘experience has shown that ‘the agitators will continue to fight because they are tired of being perpetual victims of state-sponsored poverty and human degradation visited on them by long years of misrule. They may be ready and committed to peace by any means necessary, but may not want to be committed to becoming the victims of peace’ Public opinion is present to assist in this direction; to help discover our mission as a people and help us have it fulfilled.

Another key point deduced while listening to Mr. President New Year remarks on infrastructural development reveals his administration’s desire to move this country forward. I observed a determination to getting to the root of this collective blackmail of all Nigerians and ensure that whichever groups are behind this manipulated hardship will be prevented from doing so again. I pictured him reiterate that such unpatriotic will not divert the Administration from the course it has set itself. And I finally heard him say that his government’s watchword and policy thrust is CHANGE. and must, therefore, change the way of doing things.

Expressly, If the above is the FG’s thrust if bridging the infrastructural gap is the goal, Then, I suggest searching no further but immediately commence with the public sector reforms. Specifically, the is imperative as our civil service is currently shaped with too many hands, with too little work and all lacking in the habits needed for civilization.

Catalyzing these needed reforms will among other steps entail’s the FG opting out, and embracing private-public-partnership (PPP) in infrastructural planning and development as the public sector may not be trusted with efficiency and productivity. Though, this notion is not peculiar or limited to Nigeria.

Buttressing the above position,  Muhammad bin Rashid Al Maktoum  of United Arab Emirate while expressing his frustration working with the public  sector remarked that ‘Whoever belief he can propose an action plan aimed at achieving excellence  in the public sector and  expect to hear the management  shouting ,let us go for it ‘ simply does not know  this  institutions.

Correspondingly,, Participants in a recent conference in Lagos were unanimous that partnership and collaboration is the way out of infrastructural shortfall but commitment/transparency of the public sector remains a  concern.

Today, Lagos state has become the ‘oasis of efficiency’ in the areas of transportation (Lagos/Epe expressway), environment{cleaner Lagos project) and housing courtesy of PPP. Such development will not be out of place if the FG and other federating states should learn from Lagos state and replicate.

By all legitimate means, we need to find a solution to our nation’s challenges as the masses are hungry for direction.