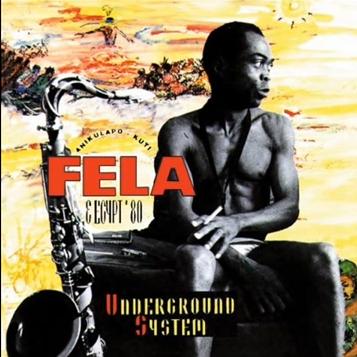 History repeats itself. In 1977, the military head of state, Lt. Gen. Olusegun Obasanjo, set up a Crude Oil Sales Tribunal to investigate the operations of the Nigerian National Oil Company (NNOC, which metamorphosed into NNPC same year). The tribunal found out that in three years, NNOC had failed to collect its equity share of oil produced by Shell, Mobil and Gulf. As a joint venture partner, NNOC was entitled to 182.95 million barrels of oil production. But given the laid-back attitude of public companies, NNOC did not find buyers for its own share. At the market price then, it would have grossed $2.8 billion if it had done the right thing.

The tribunal’s report was leaked to the media, but by the time it was reported, it was something else. A Lagos-based newspaper reported that $2.8 billion oil money was missing! Although the newspaper later corrected itself and apologised, up till today it is the original story that has stuck. In fact, Fela Anikulapo-Kuti recorded an album years later, called “Army Arrangement”, in which he insinuated that the $2.8 billion was actually missing but the panel of inquiry was only working to an answer. He sang sarcastically: “Dem say money no loss o!” The story in town up till today is that $2.8 billion oil money was stolen by the Obasanjo administration.

Fast forward to 2013. The central bank governor, Malam Sanusi Lamido Sanusi, was reported to have said $49.8 billion oil money was missing. Even Obasanjo, who has been a victim of this media sensation before, fell for it and wrote his own letter to President Goodluck Jonathan to amplify it. Not long thereafter, Sanusi corrected the figure; he said after initial reconciliation, $12 billion remained unaccounted for. Before he was finally suspended as CBN governor, the final figure he gave was $20 billion. That is the figure Nigerians are working with now.

I was not one of those who jumped on the bandwagon when the story broke. I decided to read Sanusi’s letter to Jonathan so as to understand the critical issues. After digesting Sanusi’s letter, I was sad and afraid. I had two major fears: one, knowing the way our minds work in Nigeria, I was afraid we would focus so much on the $49.8 billion and miss the critical issues that Sanusi was raising; two, in Nigeria, knowing how government works, I sensed that the $49.8 billion would be well explained and the conclusion would be no money is missing which is not the real issue.

Well, the second part of my fear has been virtually confirmed: the senate committee that probed the affair has said that neither $49.8 billion nor $20 billion is missing, although it said more evidence was needed to account for about $15billion. If care is not taken, however, this will be the end of the matter. The real issues raised by Sanusi will never be touched again. To start with, Sanusi never said money was missing. He didn’t say Jonathan stole money. He didn’t say Diezani Alison-Madueke stole money. He didn’t say NNPC stole money. Go and read the letter again. Most of those commenting on the letter and shouting “$20 billion missing” have probably not even read it!

What Sanusi said is that the money was not yet accounted for. There is certainly a difference between “you have stolen the money” and “you are yet to explain how you spent the money”. Big difference. If somebody now cooks up an account to show that no money was stolen, does that eliminate the rot in the system? That is why we have to focus on the salient issues in the saga so that the wool is not pulled over our eyes. What, then, are the matters arising from Sanusi’s letter? I will attempt to highlight them briefly. If we don’t address these issues, fraudulent practices will continue at the NNPC. Probes will never uncover them because there will always be ways of justifying questionable expenditures.

One, the NNPC is less than transparent in its accounting system. How on earth could the CBN, as government banker, not be aware of certain transactions done by the corporation? You see, NNPC’s accounts operate like abracadabra. CBN is always kept in the dark. Ironically, in 1977, the tribunal found out that NNOC’s accounts had not been audited for three years and 37 years later, we are still discussing the same issues! Something is pathetically wrong with us in this country. Audit is a basic element of transparency and accountability.

Two, NNPC was making expenditures without appropriation. If Nigerians are alert enough, this is the biggest issue in Sanusi’s letter. This is where the major leaks are. The constitution is very clear on who appropriates expenditure: it is the National Assembly. The constitution says all federally collected revenue, without exception, must go into the federation account. Any contrary law is null and void. The constitution makes no provision for deduction of costs before remittance into the federation account, since there is already a budgetary system that takes care of expenditure. NNPC has a budget. If it is not enough, there is something called supplementary budget. Malam Nasir el-Rufai had a similar issue at the Bureau for Public Enterprise (BPE) when the bureau was making deductions before remitting proceeds from privatisation to the federation purse. The lawmakers faulted him.

Three, everyday, Saturday, Sunday and public holidays inclusive, NNPC is allocated 440,000 barrels of crude oil for local refineries that hardly work. The corporation then engages in “crude swap deals” with foreign refineries that is, exchange crude for refined products. This is another gigantic, sleazy honey pot. This has been going on from Obasanjo’s era, perhaps even dating back to Gen. Sani Abacha’s era. Why can’t we give NNPC only the barrels it needs and then fund subsidy directly rather than the merry-go-round, suspicious swap deals? This indirect payment strategy is highly vulnerable to sleaze. I won’t say more than that.

To be sure, I have my own issues with Sanusi – I even suspect that he was a political pawn – but let us not sweep the real issues under the carpet because of that. All the noise and the paranoid responses will end up pushing all these issues into oblivion. And the nonsense in NNPC will continue. Jonathan has choices on this matter: he can choose to make a clean break from the past, set a new tone and make a name for himself; or he can bury his head in the sand and sing: “Fellow Nigerians, dem say money no loss o.” If I were to advise him, though, I would say this case offers a historic opportunity for him to clear the Aegean table. My two cents.

AND FOUR OTHER THINGS

DEMOCRACY ANYDAY
Nigerians love to argue a lot, even over matters that could be regarded as settled. That’s why we’re an interesting bunch of people. I thought we should be celebrating 15 years of unbroken democratic rule but I hear people say there was nothing to celebrate. Some even said we were better off under the military. The human memory does not retain pain. So we should be forgiven for longing for the Sani Abacha days. As for me, I love democracy. As for its glaring flaws, democracy has a way of correcting itself with time. It’s part of its beauty. Lovely.

AMNESTY OR WHAT?
Is President Goodluck Jonathan offering amnesty to Boko Haram? In one breath, he says those who willingly lay down their arms will be de-radicalised, rehabilitated and reintegrated into the society. In another breath, he said those who refuse will face “full-scale” war. The media chose what headlines to go with after the Democracy Day speech. His spokesman Reuben Abati has denied there is an amnesty offer, even though youth minister Boni Haruna clearly said there was one at an event attended by the president himself. And it took the government two days to counter Haruna’s pronouncement. The same government? Incredible.

AMOSUN’S TEARS
Governor Ibikunle Amosun of Ogun State wept last week at Oba Prison in Abeokuta. He described the condition of the inmates as “inhumane”. Indeed, some of them have been awaiting trial for seven years. You will be shocked to learn that most of them did not steal up to $10 billion. They did not participate in subsidy scam or embezzle pensioners’ money. Those who do such things are having fun on the streets of Paris and London, with private jets to boot. Amosun must now take a step further by pursuing prison reforms at the National Council of State. Pathetic.

ROBBING THE DEAD
Two mortuary attendants were charged to court in Benin, Edo State, on Friday for, for stealing jewellery from a dead woman. The body was in a casket at the Stella Obasanjo Hospital, Benin, when they allegedly stripped the deceased of gold ear-rings, gold necklace and gold wedding ring. Nothing justifies robbery. The accused should face the law. However, I was a bit in discomfort on learning that the stolen jewellery is worth N4m. Whaaaaat!!! They were going to bury N4m worth of gold with the body? In a country where people die because they can’t afford N2,000 hospital bill? Morbid.

– This Best Outside Opinion was written by Simon Kolawole/Thisday