Recent kidnappings in and around Kaduna State have turned deadly, with the victims either killed or left to die unattended to by the kidnappers. This has heightened fear among residents, urban or rural, or even travellers along the Abuja-Kaduna expressway. There have been a number of high-profile abductions on that route in the last two weeks, which has brought attention to the rising wave of the crime.

Those abducted within the period include an Army Colonel, Samaila Inusa, a director in the Dangote Group, Mansur Ahmed and three clerics, Rev. Emmanuel Dziggau, Rev. Yakubu Dzarma and Rev. Ilya Anto and one Afolabi Alega. Out of these, four survived to tell the  tale, while two, Colonel Inusa and Rev. Anto were not so lucky.

Colonel Inusa, whose lifeless body was found in a bush at Ajyaita village, near Kaduna, is believed to have been killed by his abductors on the very day he was taken at an area called Kamazo, near the popular NNPC junction in Kaduna South. Anto is believed to have died in the hands of his abductors due to lack of medical attention, as he was said to have undergone major surgery two weeks before he was abducted.
Sources informed Daily Trust that abductors usually panic due to the high-level security operations in the area, even as law enforcement agencies in the state have stepped up activities aimed at ridding the route of criminal activities. Within the last four months, two major operations, the Operation Sharan Daji and Operation Yaki have intensified surveillance in the state in order to crack down on criminals and their activities.

Abuja-Kaduna Expressway to ‘Hell’
Daily Trust correspondents confirmed from people living along the Abuja-Kaduna expressway that the cases of kidnappings and other crimes are not new on that route. People living in villages along the highway like Rijana, Doka, Sabon Gaya, Kateri, Kakau and Tafa have complained of series of attacks in the recent past. They confirmed that crime in those villages include theft, armed robbery, cattle-rustling, murder and of course, kidnapping.

A resident of Kakau village, Dauda Samari, said the crime rate along Kaduna-Abuja road is always spiking, pointing out that the perpetrators come mainly from outside and are not members of the communities. He said armed robbery was quite high in the recent past but that kidnapping has of recent overtaken other crimes in terms of frequency.

“People travelling to and from Abuja are usually robbed of their belongings. But today, kidnapping has become the order of the day. People are now being kidnapped for ransom and others are kidnapped and killed for whatever reasons. Cattle-rustling and other crimes also happen along the road too, but kidnapping is the in-thing now. They kidnap people from their homes, shops or places of business, places of worship, schools and on the road while commuting,” he said.

A resident of Sabon Gaya, Ibrahim Yahaya, blamed the rise in crime on the poor economic situation of the people and  the level of hardship. He said crime has also taken a more threatening dimension as sophisticated weapons are now used. He said more worrisome is the indication that the criminals are ahead of security forces.

Police story
Kaduna’s Police Public Relations Officer, DSP Zubairu Abubakar, also expressed worry over the recent spate of kidnappings. He disclosed to Daily Trust that the Inspector-General of Police has asked that a special anti-kidnapping team be brought in to search for the abductors of late Colonel Inusa, with an order not to stop until the kidnappers are caught.

DSP Abubakar said: “Here in the Kaduna State Police Command, we have our anti-kidnapping team, but the IGP sent in some experts who trained abroad to hunt down the kidnappers of the late Colonel.” He said between March 25th to 30th this year, the police  have arrested about five kidnappers from different gangs along the Abuja-Kaduna road and Jere specifically, saying those arrested are responsible for kidnapping Afolabi Alega and Engineer Mansur Ahmed.

“We found some of the engineer’s documents and hard currency on them. The leader of one of the gangs is one Ogochukwu, while the others include Ahmadu Abdullahi, Bashir Aliyu and Abdullahi Aminu, and they have confessed to be in a gang of kidnappers in Jere and we are interrogating them in our office presently,” he said, adding that some of the criminals are given cover by residents but called on locals to report any suspicious person.

How Col. Inusa was kidnapped
More details have surfaced of the kidnapping of Colonel Inusa, which ended tragically when he was found dead. Daily Trust learnt that it was his wife, Grace Inusa, who was driving the car before they were stopped at an area called Kamazo, near NNPC junction, by the kidnappers. The couple had gone to visit the wife’s parents who live in that part of the state and were on their way back home when the abductors stopped them and snatched the keys of the car from Grace while brandishing a knife.

Kamazo is an area in Kaduna which has been witnessing rapid development in recent times, since a new bridge and road connected the area to Kaduna North. From the past six months, the area, particularly near the bridge, has witnessed a spate of violent murders and car-jacking incidents that ended tragically.
Government angle

Governor of Kaduna State, Malam Nasir El-Rufai, who expressed concern over criminal activities in the state, explained that the government had foreseen the rise in the crime wave long before now. “In September 2015, we foresaw this emergence of kidnapping as the next threat because as Boko Haram is being disseminated and our fight against cattle-rustling is proving successful, Northern governors met and  agreed to amend the Penal Code,  to make kidnapping a more serious crime,” he said. 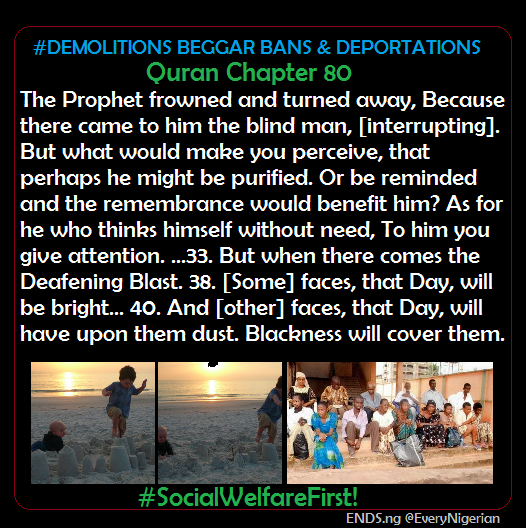 El-Rufai also said what Kaduna State is trying to do is to acquire equipment that will help track kidnappers, but said he believes the rate of kidnapping is going down. “The frequency and the intensity has gone down. In January, it was happening like five every day but the security agencies  launched an operation along Abuja road and cleared  most of them.” He said the reason kidnapping is now attracting attention is because the victims are high-profile citizens.

El-Rufai said the challenge of kidnapping is that you cannot launch a successful operation without jeopardizing the life of the victim. “So what we often do is to allow the exchange of money to take place and then we go after them. Most of the time we get them. Even now we have some of them in custody and they are giving useful information about their organisational structure and the kingpins who are organising them,” he said, adding that what is needed is a tracker so that when they make a phone call, security operatives can pinpoint their location and from there map whoever they call, because they usually split themselves into groups.

El-Rufai said Kaduna is in the process of acquiring tech to that effect. “We have budgeted for it and we want the state to have its own. It is a big problem that has no easy solution, but I want to assure you that we are on it,” he said.