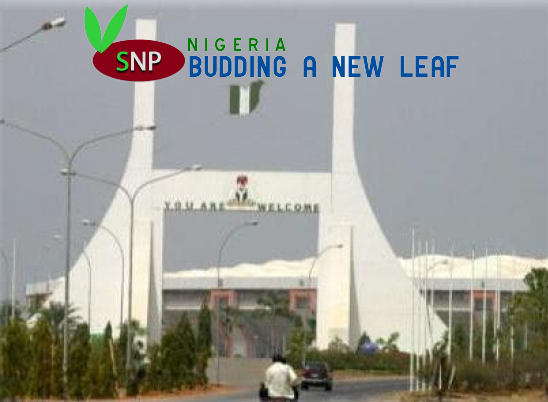 The Nigerian Youth Party, the Sovereign National Party of Nigeria [SNP] declares its solidarity with the government and good people of Nigeria in declaration of TOTAL war against the unscrupulous elements who dare to threaten the peace, stability and sovereignty of our dear nation.

We use this medium to express our full support for the Jonathan administration in its declaration of a state of emergency in regions of the federation. We support the deployment of troops to the troubled regions, and the declaration of commitment and resolve by the administration to deal once and for-all with this menace.

The breakdown of law within the nation, supported by a free flow of all types of sophisticated weapons of destruction into the hands of all who desire them, complicated with corruption, poverty and hopelessness, has created an environment of bloody lawlessness seen in no other nation and at no time in Nigeria’s history. Nigeria is plagued by ethnic militia in the north and south. Mob violence and insurgency has progressively threatened more and more states in the nation, and more hopeless, shameless youth have been tempted to get involved in what appears to be a lucrative business of terrorism, kidnapping and mob violence.

There is a sickening thirst for blood in the land. Ethnic intolerance is at a peak. Political irresponsibility has destroyed the moral fiber of our nation and now threatens our military. The Bible and Quran have been discarded for the love of power and money.

Nigeria is in a time of war. At a time like this, it is requisite of all parties and persons to put politics aside, to put ethnicity and tribalism aside. To put religious intolerance aside and work with the government and security forces to deal decisively and determinately with the common menace of hooliganism and carnal barbarism that threatens life and peace of citizens and soldiers alike and threatens the very fabric that defines us as human beings.

The good book says: there is a time for everything. A time for war and a time for peace. A time to render apart and a time to gather together. And the Quran says to all, that to save a single life is akin to saving all humanity.

Today, it is a time for us to gather together, and fight the evil that plagues us and embarrasses our nation.

Today it is time for us to come together and cooperate with and support our governments resolve to combat terrorism in the land.

Today it is time for us to join forces to assist our brave service men conduct a fine operation to wipe out terrorists who kill and kidnap men, women, children and the elderly alike without any conscience.

We must not despair. We must not remain obstinate clogs in the wheel. Our resolve must be unshakable.

The Sovereign National Party calls on all good and God fearing Nigerians to support this cause to crush Boko Haram. To seek and bring justice to the Ombatse cultists. To halt marauding herdsmen in their tracks. To arrest oil barons, high sea pirates and Niger Delta terrorists in their operations.

The last few years have been the most trying and threatening to our nation as we have all witnessed all types of evil emanating from all corners of the nation, unabated. We must work together to return peace and harmony and the sanctity of life to our dear nation.

The first item in the manifesto of the Sovereign National Party, is “securing Nigeria’s borders.” We call on the government to pay particular attention to this urgent need. We must work with our neighbors in the battle against terror, to secure and patrol our borders. Terrorists, many foreigners, invade the nation via its borders. Weapons are smuggled in through its northern and Seme borders. Peace cannot be actual and sustainable if proper attention is not accorded to the porosity of the nation’s borders.

As is written in the SNP principles, under “Mob action laws,” the era of impunity must end. Sponsors of terror must be brought to book. All those who engage or assist in acts of ethnic or mob-related violence must from now on be dealt with harshly. Currently, when two or more people engage in violence it is not a crime. We implore the Federal government to announce a harsh redress of this. A warning of zero tolerance for mob violence must be announced and our enforcement must be engaged to enforce such standards. Nigerians cannot afford to wait any longer for proper security standards.

Our security services must also be reinforced with quick training on dealing with insurgencies of the type faced, as well as better tools of war and protective gear. We must engage these crazy menaces at a technical advantage. The lives of our forces are very dear to us.

We also call on our men in uniform to operate on the highest standards of military professionalism. The war is within the land. Our brothers, sisters, uncles and aunts live where you will be engaging these miscreants. Please desist from breaking down and punishing the civilians who are unwillingly caught in the middle of an extremely complicated war.

We call on the Federal government to focus on governance and take advantage of these crises to address the serious issues that plague the nation. Youth unemployment and joblessness is the fuel that sustains this fire. Preoccupation with politics and abandonment of the duty to govern is the catalyst of the chaos. Greed, power intoxication and corruption are the fertilizer that nurtures the bloody ethnic fanaticism. The people are so because they have lost confidence in their government.

We call on all those, north, south and between, who have of late been preoccupied with threatening the nation, and declaring their right to the ballot results of political elections, yet to hold, slotted for 2015, to grow up or get out!

We call on all politicians and political parties to put partisanship aside for now and work with our security services to bring peace and justice.

The SNP promises the Federal government to mobilize our thousands of youth across the nation to offer our support and assistance in logistical, mental and man-power to Nigeria’s emergency services wherever needed. Dealing with threats and crises like these deserve multifaceted approaches. The potential impacts cannot be predicted, but we must be up to it. We are ready and committed to helping.

Let every Nigerian be sovereign under God.

Let peace return to the land.