A takfiri Saudi-trained sheikh from Sokoto state while rejoicing the murderous clampdown on Shia Muslims in Nigeria’s north has bragged that the recent events were orchestrated by “underground” works by “Sunni” takfiri leaders linked with the Buhari government.

Jabir Sani Maihula is a lecturer at Sokoto State University.

“Most Ahlussunnah have now realized that:
Being close to the leadership for one year makes more impact than preaching of five years, you should give your Ulama the benefit of doubt and don’t loose confidence in them. One particular job that most of you are happy with today is made possible by them through underground moves.” 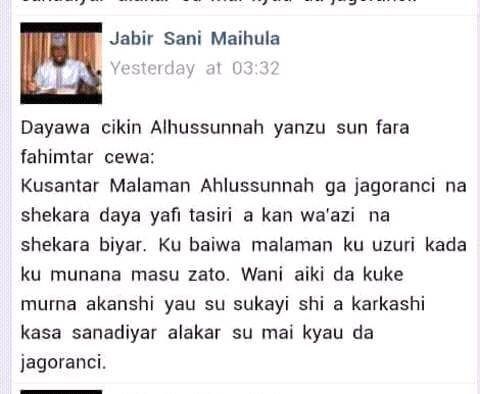 According to his faceBook page with 24,000 followers, Jabir Sani Maihula studied hadith at Islamic University of Madinah and also studied Ibn Taymiyyah at The University of Nottingham.

The takfiri sheikh who confessed is seen below with prominent compassionate Muslim scholar, Yaseer Qadhi during a program in 2015: 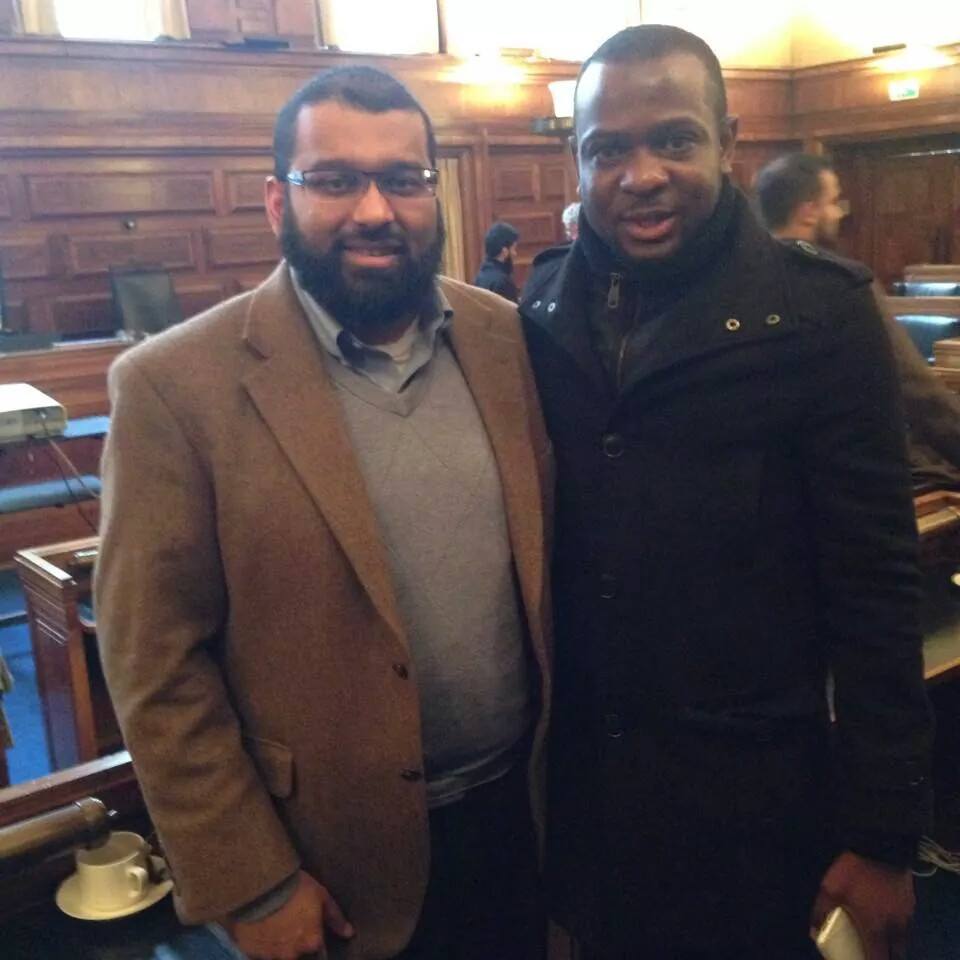 The attacks were coordinated with police, army and civilians working together