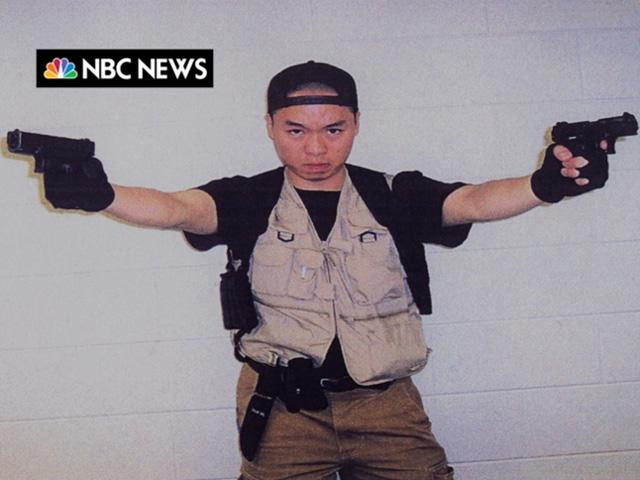 A gunman opened fire in a movie theater near downtown Lafayette on Thursday, killing two and wounding eight before turning the gun on himself.

This was at least the third mass shooting in the United States in little more than a month. It follows the massacre by Dylann Roof, a teenager influenced by white supremacism, at a black church in South Carolina in mid-June, and the shooting last Thursday by Mohammad Abdulazeez, a naturalized US citizen from Kuwait, at a Naval Reserve Center in Chattanooga, Tennessee.

Witnesses described a chaotic scene as moviegoers, some still bleeding from gunshot wounds, fled in a panic through the theater’s hallways and into the parking lot. “I saw a woman lying on the ground outside [the theater] with blood everywhere. She was shot in the leg,” one witness told the Daily Advertiser.

The gunman, identified as 59 year-old John Russell Houser, initially attracted no suspicion from fellow moviegoers as he sat and watched the beginning of the comedy film Trainwreck. “He looks like a normal person, just any other guy that age,” a witness told the media. “Nothing suspicious at all. You would never expect it.” Twenty minutes into the film, he stood up and began firing “at random” at the crowd of 100 seated in the theater from a .40 caliber handgun, discharging at least 13 rounds.

Houser initially attempted to make his escape by blending in with the panicked crowd, but quickly doubled back into the theater when he saw two police officers entering the building. The officers reportedly heard a single gunshot from inside the theater before finding Houser inside, dead from a self-inflicted gunshot wound.

Houser, originally from Phenix City, Alabama, more than 500 miles away from Lafayette in southwestern Louisiana, was a “drifter” who had taken up residence in a local motel earlier in July, according to police. His only known personal connection to Lafayette, according to police, is an uncle who died 35 years ago. Reports indicate that he was estranged from his family in Alabama.

Police found wigs, glasses, and other disguises in his motel room after the shooting, indicating that he intended to make a getaway. The bomb squad was called to detonate Houser’s car in the theater parking lot on suspicion that it may have been rigged with explosives. However, no explosives were found in his car or the motel.

Houser’s possible motivations for the attack are not yet known. Sparse Internet postings indicate a deep demoralization and anger infused with right-wing evangelical views. One post from his Facebook page in 2013 reads: “The bible doesn’t ask me to like what it says, only to obey it. Death comes soon to the financially failing filth farm called the US.” The post then links to a 2011 post from a Nigerian message board which reads “A Woman’s Place In The Church And The Weak Church Elder.”

Another post from Christmas of 2013 reads: “I believe you should be much stronger. The end to the modern day Rome comes soon.” It links to an article from another religious website which reads, “7 signs of a weak leader.”

Houser’s rambling Linkedin page describes him as an entrepreneur with a law degree from Faulkner University and an accounting degree from Columbus State University. His work history indicates a handful of brief business ventures, including two bars that closed within three years of opening. The most recent listing shows that he was a “real estate developer” for eight months in 2006.

Friends and acquaintances described Houser as being “a little unbalanced” and struggling with depression and alcoholism. “He seemed to be more and more unstable,” an acquaintance told the Advocate. He was also apparently known to Phenix City police for his “strange behavior.” Houser’s prior criminal record is thin, however, including arson, selling alcohol to a minor, and speeding, all of which date from more than 10 years ago.

Houser had gained a reputation as an unstable and potentially violent individual over many years. A right wing local radio host whose show Houser frequently called in the early 1990s told the media, “I wasn’t a bit shocked that it happened. As many times as I had him on [the show] it was obvious he had a screw loose.” His family hid the guns he owned from him and later had him hospitalized. In 2014 he retaliated to the foreclosure of his home by leaving the property “completely uninhabitable,” cementing the fuse box shut, ripping up furniture and scattering chopped-up gold fish in the pool, according to the Associated Press.

The shooting in Lafayette follows by one week the conviction of James Eagan Holmes, the shooter in the 2012 theater massacre in Aurora, Colorado, on 165 felony counts. Holmes killed 12 and injured 70 during a midnight screening of the latest Batman film.

A report by USA Today from July 17, six days before the Lafayette shooting, found that since the massacre in Aurora in 2012 nearly 400 people have been killed in 72 separate mass shootings in the United States. However, because this list includes only incidents where 4 or more people were killed, killings such as those in Lafayette would not have been included in these already staggering figures.

The source of this epidemic of mass shootings is the deepening social crisis in the United States, to which a small number of people have responded with homicidal violence born of deep social alienation. Added to this is the unending violence promoted and perpetrated by the state, at home and abroad.

However, the political establishment, predictably, has avoided any mention of these broader social conditions in its reaction to the shooting.

Louisiana governor and long-shot Republican presidential candidate Bobby Jindal made an appearance in Lafayette Thursday evening in which he promoted religious obscurantism. “The best thing we can do across Lafayette, across Louisiana, across our country is come together in thoughts, in love, in prayer,” Jindal told a local TV station in remarks which were televised nationally.

The actions of Houser were “evil,” Jindal declared.

One week before calling for “love and prayer” in response to the mass shooting in Lafayette, Jindal penned an editorial on the Chattanooga shooting calculated to whip up anti-Muslim bigotry, attacking president Obama for neglecting to call the shooting of four Naval reservists by a Muslim man “terrorism.” “The truth is that Radical Islam is at war with us,” Jindal declared. “This is grotesque. You cannot defeat evil until you admit that it exists.”