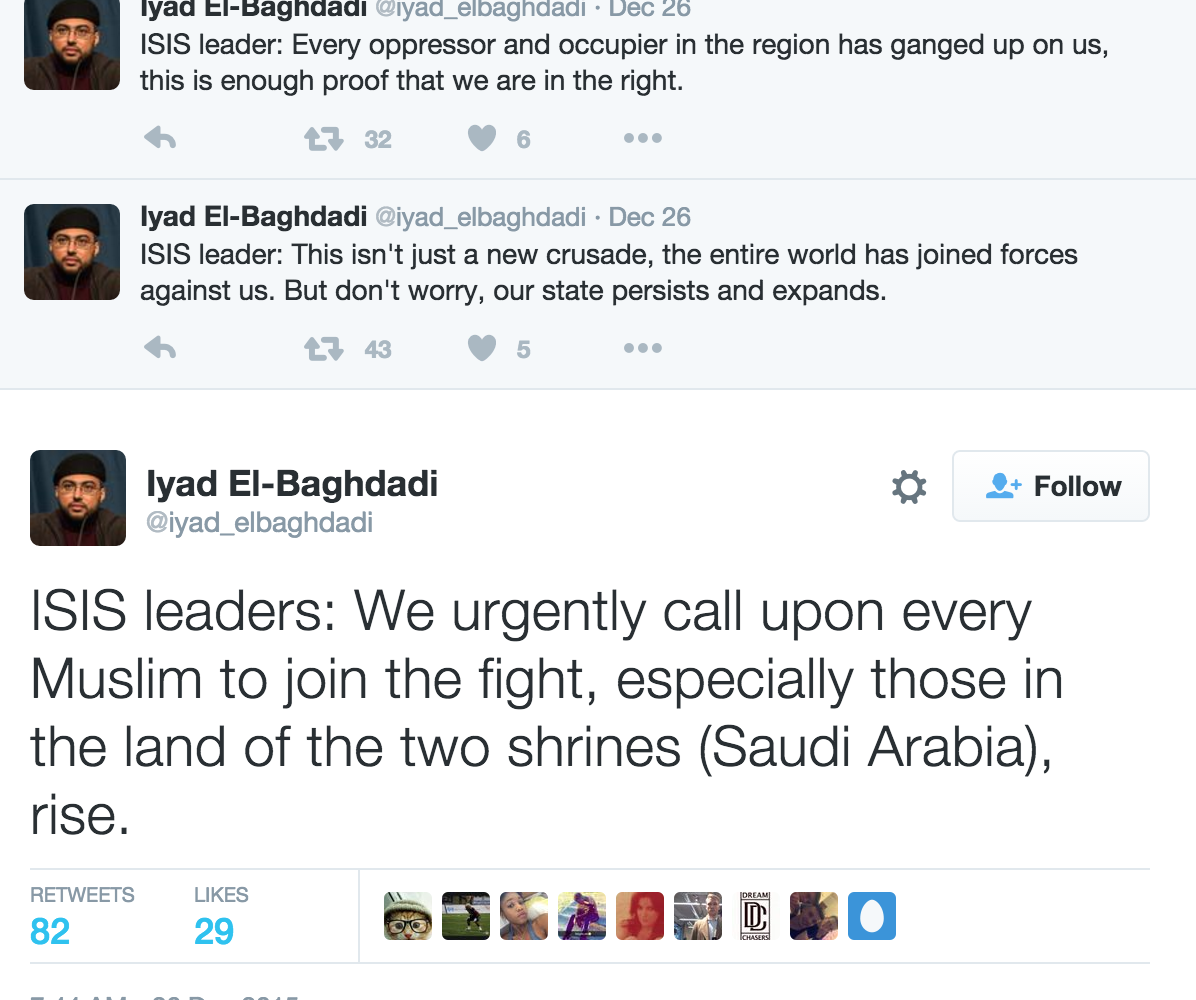 In a glaring rejection of Islamic State’s perverted vision of Islam, Muslims around the world have been mocking its call to arms with a barrage of hilarious comments since the terror group urged believers to “urgently” join the so-called “caliphate.”

In an audio message allegedly recorded by Abu Bakr al-Baghdadi, the self-proclaimed “caliph” of Islamic State (IS, formerly ISIS/ISIL), the terror leader spent some 24-minutes trying to convince its members that the group is feeling “better than ever” under increasing pressure from Russia and US-led airstrikes.

Constant bombings and a fire storm from above has only “toughened” the organization and helped cleanse it of those unworthy, he claimed. However, apparently suffering severe human resource losses, he called upon Muslims around the globe to “urgently” join the terror group’s cause and become new recruits.

Sorry bruv. Not until Liverpool wins the league. Then after that we have the Champions League. Raincheck? https://t.co/adpHH75dAL 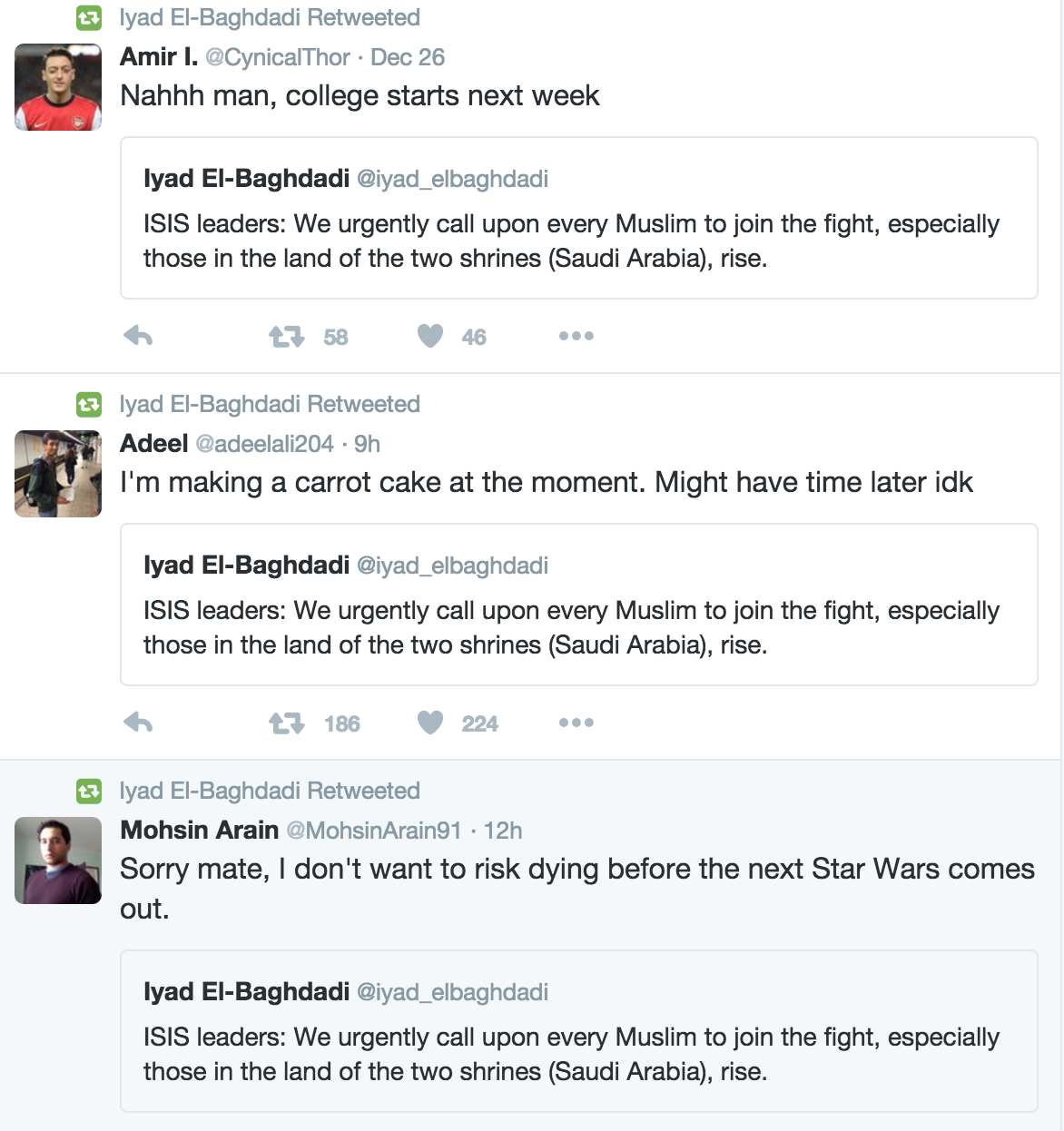 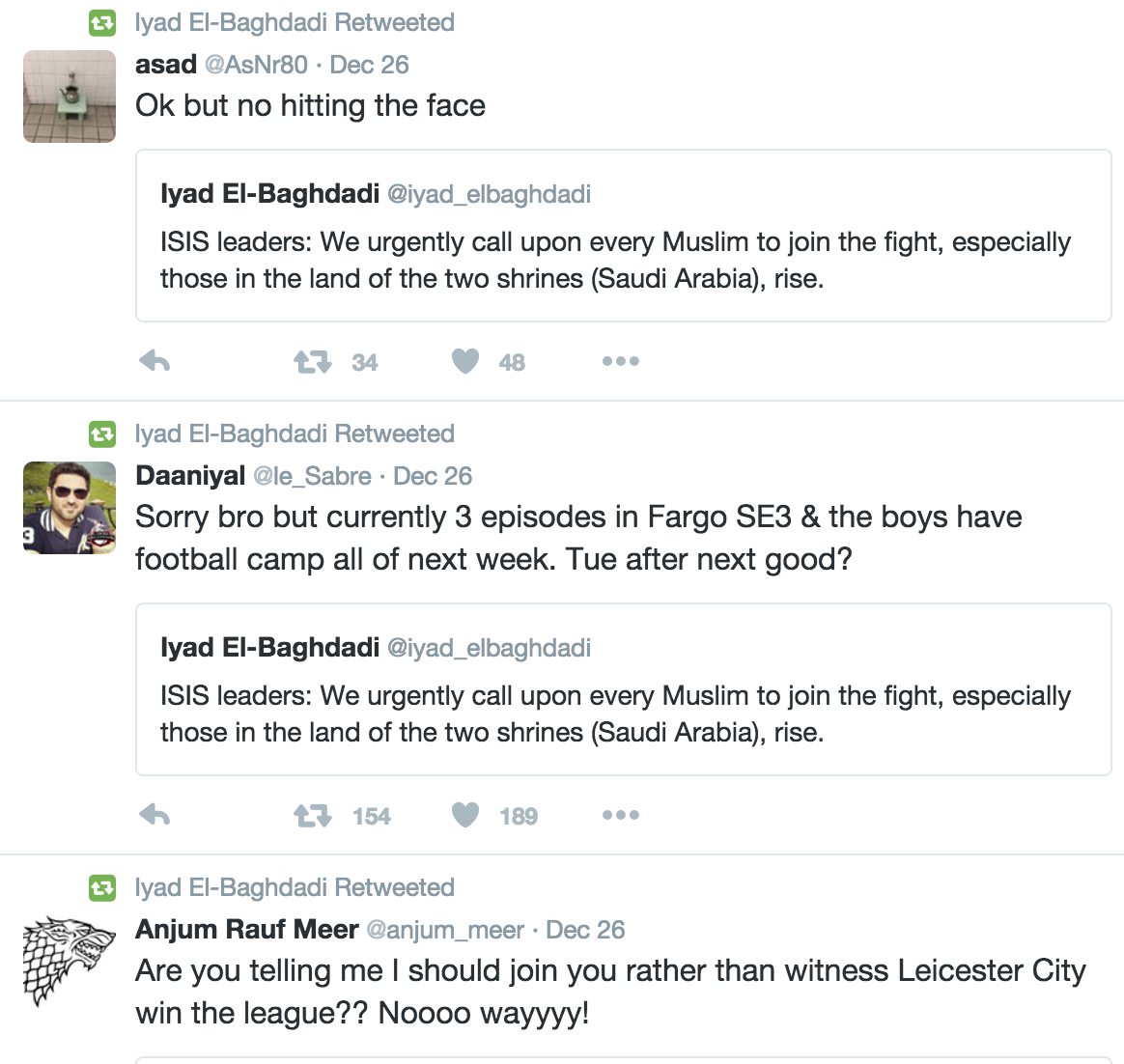 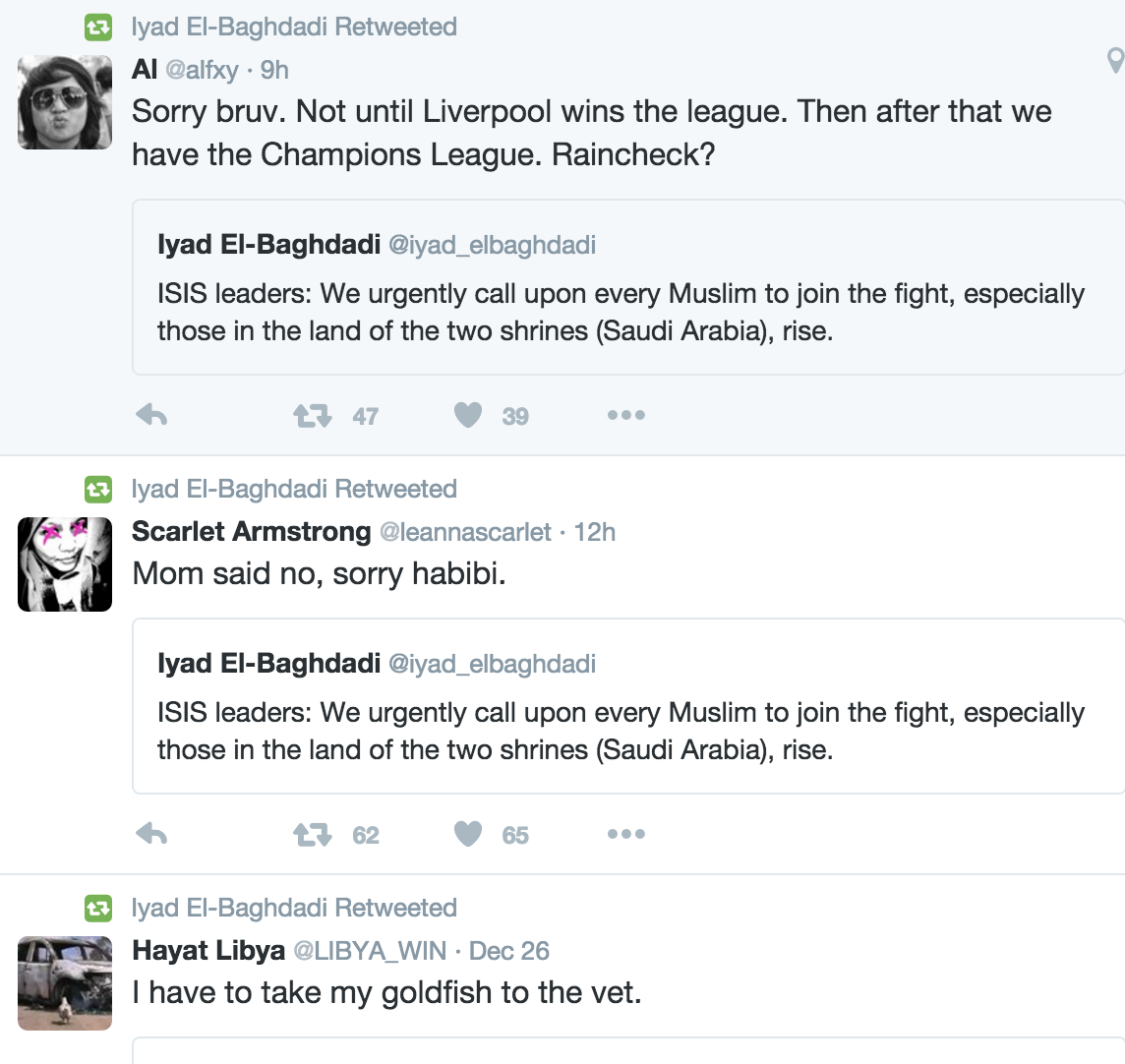