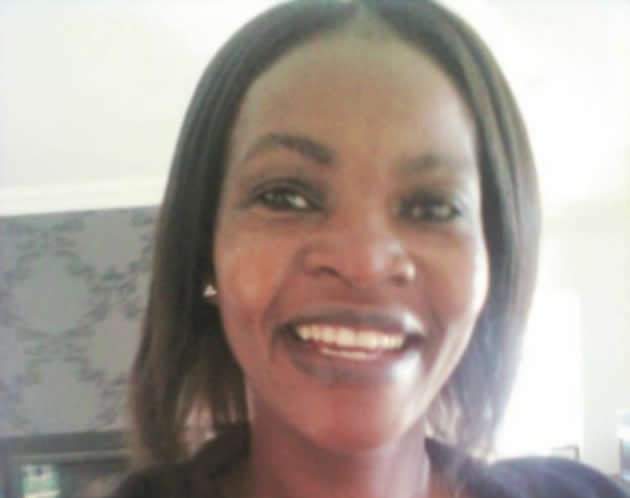 A Zimbabwean woman, Mrs Naume Garusa (41) featured image above, has become the latest victim of horrific xenophobic attacks after her body was found with her head decapitated following violent clashes in the Houghton suburb of Johannesburg, South Africa, last Thursday.

Speaking at her funeral wake at a relative’s home in Mufakose, Harare, her son Brain Garusa, who is a student at the University of Zimbabwe, said he was shocked to receive reports of his mother’s death just two days after talking to her on her mobile phone.

“I am still in a state of shock because just a few days before her disappearance I had spoken to her. She had promised to send some money the following day.

“I asked her about the xenophobic attacks and she said the situation was tense but calm,” said Brian.

Mr Emmanuel Mhondiwa, who is brother to the deceased, said the family was devastated with the manner in which Mrs Garusa lost her life after working in South Africa for more than 12 years.

“She was the sole breadwinner to her children following the death of her husband and she had done so well as to be able to send one of them to university. When we started seeing images of xenophobic attacks on television we never imagined that our own flesh and blood could soon be a victim,” said Mr Mhondiwa.

He said his sister was reported missing on Thursday after some xenophobic disturbances in Johannesburg and the following day her body was found by police in a nearby bushy area with her head decapitated. Mr Mhondiwa said relatives in South Africa confirmed that his sister had been attacked by marauding xenophobic elements who targeted her as she came from her workplace.

“She has been working in South Africa since 2002 and her papers, including a work permit, were in order. We just don’t understand how fellow Africans could do this to another human being. We urge our Government to urgently deal with this matter as most deaths are not being reported,” Mr Mhondiwa said.

University of Zimbabwe Student Executive Council secretary-general Valentine Masaiti, who was part of a large contingent of students who visited the Mhondiwa family in Mufakose to commiserate with their fellow student, appealed to Government to liaise with the South African government to ensure that peace prevailed and reduce the loss lives. Mr Mhondiwa said Mrs Garusa’s body is expected to arrive in Zimbabwe tomorrow and will be buried in Chikombedzi, Chiredzi, on Wednesday. The Herald

THE first batch of 407 Zimbabweans who were displaced during the xenophobia-motivated attacks in the Chatsworth area of Durban in South Africa left for Zimbabwe last night by road via Beitbridge Border Post in a convoy of six luxury buses and a haulage truck.

They are expected to arrive in Zimbabwe late today.

These were part of the more than 3 000 people housed in nine tents at the Chatsworth holding camp with Mozambican nationals for the past seven days.

The transport was provided by the Government of Zimbabwe to repatriate the victims and their luggage.

The group, comprising 112 woman, 92 children and 203 men, was enthusiastic to go home. The Zimbabwe Embassy assisted them with food and transport.

Read full on The Herald