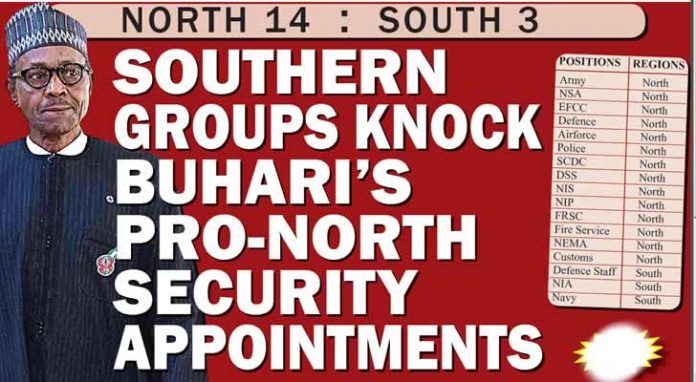 President Muhammadu Buhari has come under fire by Southern groups over what they described as “lopsided” appointments of heads of the various security agencies in the country.

They said the pattern of the appointments by the President did not reflect federal character and the diversity nature of the country.

Saturday PUNCH findings showed that 14 of the nation’s 17 security agencies are currently being headed by Northerners. The majority of them were appointed by President Buhari. Read full on Punch