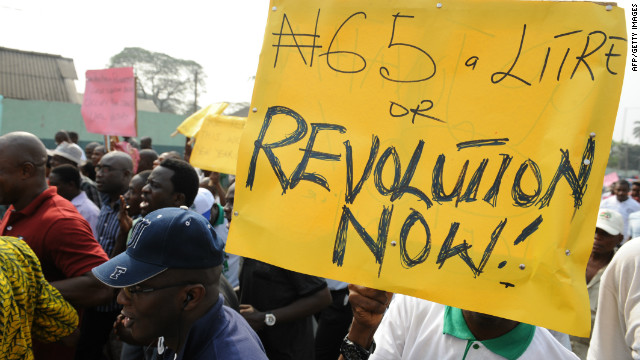 (CNN) — Twelve months ago, Nigeria’s President Goodluck Jonathan gave his people a bizarre New Year present: he announced the immediate removal of fuel subsidies. The controversial measure meant that, quite suddenly, citizens were to pay as much as three times the usual price for gasoline.

Nigerians were outraged. They filled the nation’s streets in protest. The coalition was broad: young and old, female and male, poor and (some) rich. Their action, often spontaneous but orchestrated by labor leaders, amounted to a fierce rebuke to Jonathan’s administration.

The government’s unilateral decision was a recipe for new levels of extreme hardship for the poor, taxed already by low wages, ballooning unemployment, a high cost of living, shambling infrastructure — and the Olympian greed of the elite class.